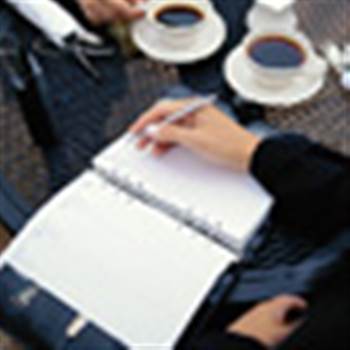 Some of the industry’s leading companies have come together to debate the impact of outsourcing and the current skills shortage.

Some of the industry’s leading companies have come together to debate the impact of outsourcing and the current skills shortage.

“Kaz’s strategy is to do everything in Australia - that doesn’t mean we can’t offshore work - but we won’t bid where that is in a contract,” he said.

“There is more than enough capability in Australia, but we won’t compete with an offshoring model as the cost structure isn’t in place.”

“We are the largest exporter of IT skills and IP in this country,” he claimed.

“Providing offshore business is a significant growth area of the business, but we also offshore parts of business from Asia onto Australia too, so it’s a two-way street.”

Local graduates also faced a secure future within Australia, despite the wave of cheap, skilled, labour from places such as India, Burns said.

“Graduates still provide part of the refresh and new thought in IBM,” he said. “But we need a different style of graduate who understands technology but who also understands business and how it works with technology.”

Cisco Australia managing director, Ross Fowler, said the IT industry needed to do a better job of branding itself to high school and university students. For it’s part, Cisco planned to introduce a cadet program to target graduates, he said.

Kaz’s Foster said organisations had to consider the various ways in which different age segments of the workforce could be attracted through things such as life/work balance.

Dell Australia managing director, Joe Kramer, said another consideration was the track record of the IT industry in attracting woman.

“So far we have done a very bad job of attracting woman – less than 24 percent of industry is woman and even less in management level,” he said.

Microsoft Australia CEO, Steve Vamos, said the bigger play concerning any skills shortage or oversupply, was an ageing workforce and how best to keep it productive.

“That’s a big area for the IT industry to play in: how is the industry working to connect with this broader economic and social issue?” he said. “Labour markets are tightening if anything so where are we going to find people?”
Got a news tip for our journalists? Share it with us anonymously here.