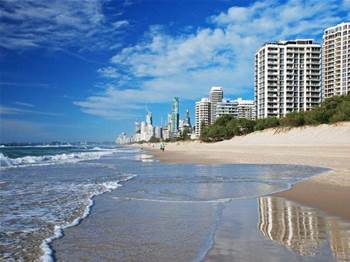 The Gold Coast Council has heralded the expansion of IBM's Southport-based IT security R&D lab after offering financial incentives for Big Blue to boost employment at the facility.

IBM's Southport lab is one of seven such facilities around the globe responsible for the development and support of the IBM Tivoli Security products.

The Gold Coast City Council released a statement Friday claiming credit for providing financial assistance to IBM to allow it to maintain 13 jobs within the facility and hire 34 more staff to expand the lab's responsibilities across a further two product lines.

Financial terms of this agreement were not disclosed, but iTnews understood that it was rendered according to the number of jobs IBM committed to add to the facility.

Wightwick said IBM wanted to make a case for expanding its Southport lab and was "actively working to identify new opportunities" for the local team in discussions with Gold Coast City Council.

He confirmed that IBM would have sought to deploy researchers elsewhere without the council's financial assistance.

"The combination of local skills, the lab's track record and the support made available by the Council made a compelling case," he said.

Councillor Susie Douglas, the Gold Coast's economic development chair, said in a statement that the investment program "focuses on jobs creation for highly skilled workers, with a view to diversifying the local economy to ensure our city's reliance on the construction and tourism industries does not continue."

The program offered financial support for those organisations investing at least  $1 million of capital funding or $250,000 in R&D activity in the city.

The council's criteria for rendering this financial investment included "the proposed level of investment to the city, the number of jobs to be created and the type of industry that the company operates in" - with export and knowledge-intensive industries preferred.

But the council does not provide such assistance to local Gold Coast businesses "seeking to re-locate or expand their existing operations within the city," or those whose operations would not be commercially viable "in the absence of any financial assistance that may be provided by Gold Coast City Council."

IBM refused to disclose how many staff were currently employed at its Southport lab, but Wightwick said it employed more than the 13 mentioned in the Gold Coast Council's press release.

Past reports on the facility suggested the lab had employed up to 80 staff prior to the global financial crisis.

Wightwick said the 13 referred to the number of IBM employees at the lab whose "future has been secured" by being re-deployed onto the development of new product lines.

He said the development of the lab harked back to the 1999 IBM acquisition of Queensland IT security start-up Dascom, the intellectual property from which went into building several products within the IBM Tivoli portfolio.

These tools had enjoyed "great success in the marketplace," Wightwick said.

But whilst development of these tools - Tivoli Access Management and Tivoli Identity Management - would continue, some 47 staff will be working on IBM's 'information loss protection' products (another word for Data Loss Prevention) as well as the further development of tools IBM acquired via its US$1.3 billion buy of Internet Security Systems (IIS) in August 2006.

Wightwick said staff at the lab enjoyed a "great lifestyle", mixing software development with surfing, fishing and the raising of young families.

IBM has "almost finished" recruiting the 34 new staff he said, but interested jobseekers could still contact Big Blue via its web site.