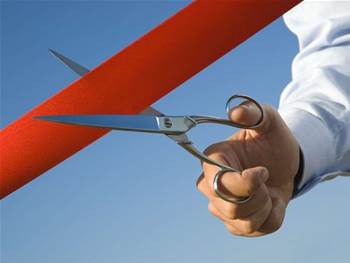 IBM has unveiled a tool designed to create mashup applications in a secure environment..

The Smash development tool allows users to pull pieces of code and data from various sources and place them together in a single mashup application.

Big Blue hopes to bring the mashup concept into the enterprise market by patching one of the main worries: security.

Smash keeps each of the mashup components separate, allowing them to 'talk' while not allowing any of the potentially malicious outside code to access the other components.

"Web 2.0 is fundamentally about empowering people, and has created a societal shift in the way we organise, access and use information," said Rod Smith, IBM fellow and vice president.

"Security concerns cannot be a complete inhibitor or clients lose out on the immense benefit mashups bring.

"You would not buy a car and then decide later to have the seatbelts or airbags installed, so as an industry we have learned how to build security into business operations from the ground up instead of tacking it on afterwards."

Smash will not be exclusive to IBM. The company plans to contribute the code to OpenAjax, an open source development group dedicated to advancing the use of Ajax for web-based applications.

IBM plans to demonstrate Smash next month at the International World Wide Web conference in Beijing.

Got a news tip for our journalists? Share it with us anonymously here.
Copyright ©v3.co.uk
Tags:
ibmmashupreleasessecuresecuritysoftwaretool