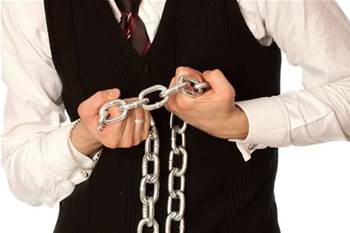 Human Services steps in as provider.

The National E-Health Transition Authority (NEHTA) has sacked IBM as provider of the National Authentication Service for Health (NASH) after it failed to deliver the service on time.

The NASH service designed and built by IBM was intended to provide a secure means for clinicians to connect with the Federal Government’s $467 million Personally Controlled Electronic Healthcare Record (PCEHR) system.

In a statement provided to iTnews, a NEHTA spokeswoman said: “The NASH design and build contracts with IBM have been terminated.”

The spokeswoman noted that the Federal Government had implemented an interim solution which supported much of the functionality of the aborted IBM system.

“There is an interim NASH developed and being operated now by the Department of Human Services for the PCEHR system," she said.

"This situation with IBM does not affect consumer access to the e-health record system in any way, and given the interim NASH solution has been delivered, this does not impact healthcare providers from accessing and uploading e-health records.”

NEHTA declined to elaborate on the reasons IBM had been stripped of the contract.

“The parties have agreed and continue to undertake discussions on a confidential and without prejudice basis,” the spokeswoman said.

IBM confirmed the contract had been terminated, however a spokesperson said the company was unable to comment further due to it being an ongoing legal matter.