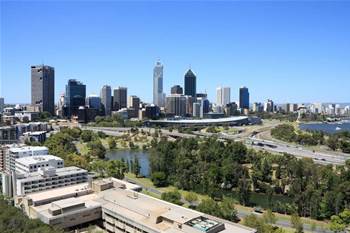 IBM has pitched a new software architecture for analytics it hopes to convince Australia's State and Federal Governments to adopt in order to create "smart cities".

The software giant this week announced the Intelligent Operations Centre, a software-oriented architecture offering that combines IBM’s middleware with analytics plugins, dashboards and portals in an attempt to consolidate disparate datasets across government agencies.

The offering would allow role-based security for different personnel within an agency, as well as overviews for central agencies with a view to share deeply-integrated analytics across departments.

The company said it would utilise experience in over 2000 "smart cities" to produce best practice metrics for global use.

The solution will be available either as an off-the-shelf offering, a shared deployment between departments or a hosted instance on IBM’s private cloud.

The vendor has partnered with software vendors including Veolia, Esri, VirtualAgility, Badger Meter, Telvent and AECOM to provide integration with water utility, geospatial, emergency management and project management metrics in hopes to expanding its potential user base to utilities and “private cities” formed out of major mining and oil operations.

The solution would also work with Cisco video conferencing systems. Dolkens said the vendor would release a programming guide to grow the number of compatible software stacks.

While the pre-integrated software stack would look to combine several departments, Dolkens conceded successful collaboration would require a drive from a central “super-user”.

“We’re going to need to see some strong and decisive leadership at various government department levels to do that, because you’re talking about trying to drive cross-department collaboration,” he said. “Given the various Royal Commissions into natural disasters over the last couple of years, the outcome of those has very clearly lead themselves to the requirement at least at state level to start driving cross-agency collaboration.

“We just need budgets to be appointed so government departments can have the wherewithall to transact.”

The Intelligent Operations Centre could ultimately wind up being piloted in smaller towns.

In March, Townsville was one of 24 global cities given US$400,000 worth of 'strategic advice' by IBM to make better use of its technology and projects such as the National Broadband Network.

The Australian Government’s data.gov.au repository recently exited beta phase, moving across to an open source content management system and introducing potential for a system that would make it easier for citizens to request information through the Freedom of Information Act.

Similar repositories have been established by the NSW and Victorian state governments, though AGIMO has expressed the possibility of consolidating government data into a single data repository.