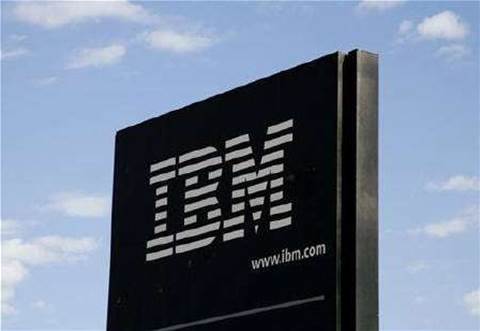 IBM's quarterly profit blew past Wall Street estimates, and a long-hoped-for recovery in its services business raised optimism that global companies were confident enough to spend more on technology.

Its earnings per share (EPS) of US$4.18 easily exceeded its US$3.59 of the year-earlier quarter and Wall Street's average forecast of US$4.08, according to Thomson Reuters I/B/E/S.

Investors were particularly relieved with the pick-up in signings of services contracts, an early indicator of future revenue from outsourcing and other IT projects.

Many clients had been wary of committing to multiyear contracts amid an uncertain global economy.

"One of the key issues for IBM was the services area, and I think that was a big concern for investors," said Channing Smith, portfolio manager at Capital Advisors.

IBM, which has been shifting its focus from commoditised hardware to higher-margin services and software over the past decade, said it signed signed services contracts worth US$22.1 billion during the quarter, up 18 percent.

Analysts also noted US$142 billion worth of backlog in the services business, up US$5 billion from a year earlier -- a sign of strong revenue growth ahead.

"It's an indication of increased spending for the IT sector. As goes IBM so goes corporate America these days," said Annex Research analyst Bob Djurdjevic.

Its gross profit margin rose to 49 percent from 48.3 percent a year earlier.

"We think that the risk-reward here is pretty attractive and we see fairly limited downside to IBM," said Smith at Capital Advisors. He saw room for the shares to rise, but not too much more than the overall market.

IBM's price-to-earnings ratio of 12 lags behind multiples of around 14 for both Oracle and Accenture although it is higher than those of Dell and HP.

The company's quarterly revenue rose to US$29.0 billion from US$27.2 billion, higher than the market's forecast for US$28.3 billion.

Revenue from its "System z" mainframe business soared 69 percent, helped by a new line of products.

But growth was spread through the business, with systems and technology revenue up 21 percent and software revenue excluding divested operations up 11 percent.

There also appeared to be little impact from economic troubles in Europe, with solid sales in Italy and double-digit growth in France, although emerging markets were much stronger with sales in China up 25 percent and in Russia up 46 percent.