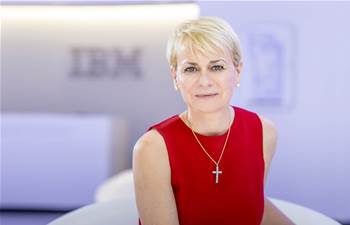 IBM’s Asia Pacific CEO and chairman Harriet Green will take time out of her career - and IBM - in 2020, citing family reasons.

“This year, I'm shifting my focus to spend more time caring for those people closest to me and will be taking some time out of my career, and IBM,” Green said in a LinkedIn post.

“One of the things that sets IBM apart is its compassion, especially in supporting people through the lifetime of their personal needs.

“For me, right now, that means shifting my focus and spending more time caring for those people closest to me.”

Green titled her post, ‘Goodbye, but not farewell IBM’ - and it was unclear if she had resigned or had been instead granted some form of extended personal leave.

Clarification was being sought from an IBM spokesperson at the time of publication.

Green has been IBM’s Asia Pacific leader since January 2018.

Before that, she spent almost 2.5 years as general manager for Watson Internet of Things, customer engagement and education.

She is also a former executive with Thomas Cook, as well as major electronics components players like Premier Farnell and Arrow Electronics.