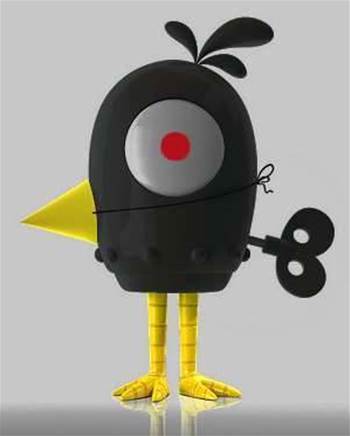 A security researcher has released an automated tool designed to launch sophisticated and targeted phishing attacks over Twitter.

The Hypertwish tool -- a play on the underlying mathematics in the app and so-called twishing attacks — went far beyond the common automated phishing attacks where spammers blast out piles of malicious shortened URLs to bait victims before the offending account is banned.

Rather, it compiled and issued tweets based on trust and intelligent randomisation, issued shortened URLs designed to track victims, and exploited relationships between followers to build legitimacy.

"You don't want to rely on mass fake URLs ... We only want to create accounts as needed. Some people create thousands of accounts and fall into the trap of [being] predictable".

The latter syntax rules facilitated polynomial growth, which could make a small tweet highly randomised with the application of only a few rule sets.

All this was hidden from the user who saw an interface which simplified account following, tweet stealing, and the generation of coherent random tweets for baiting targets.

The engine generated unique tweets when the user refreshed the page.

This granted insight into follower relationships, allowing attackers to mention followers in tweets to increase the chance that targets would click malicious links.

Attacks were best placed where triangles were created in the tool's visual grid of relationships between Twitter accounts. Those indicated likely trusted relationships, which were useful to social engineers.

The popular Maltego toolkit could be used to determine these relationships, but Palka said it was tough work to handle the necessary complex filters.

In a simple demonstration of the tool at the recent Defcon security conference, Palka created a fake account, which copied all tweets sent out by event staffer Ryan Clarke.

It was enough to get his fake account ranked higher than Clarke's, and even retweeted by Defcon organiser Jeff Moss, which scored him followers.

Palka found Twitter bots automatically requested URLs but did not dive deeper into the links to examine content.

Hypertwish took advantage of this by redirecting victims via iFrames to target payload sites, a move that went unnoticed by the bots.

The tool can be downloaded free for Linux.