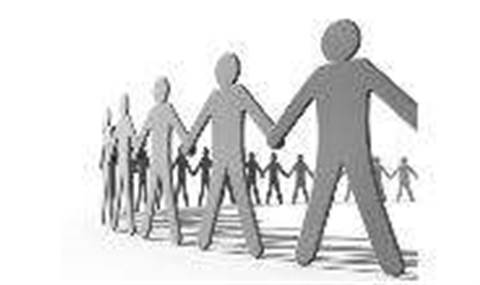 The Department of Human Services dabbled in cloud collaboration and considered cloud-based email services, according to minutes from the Government's internal Cloud Information Community (CLIC).

The minutes, released to iTnews under freedom of information, reveal the Government's formative steps to understand the cloud, including several trials, negotiations and projects.

A Department of Human Services (DHS) spokesman confirmed the agency undertook a five-week trial of Huddle, a collaboration tool that bills itself as a SharePoint alternative.

Huddle is a US-based service with servers located in the United States.

A DHS spokesman told iTnews that no classified or protected information was shared or discussed over Huddle, and that the department's IT security team "provided specialist advice and participated in a risk assessment before the trial started".

Staff used the platform to share ideas and unclassified information about how human resource roles and functions could be structured in the lead up to Centrelink, Medicare Australia, Child Support Agency and CRS Australia integrating to form the Department of Human Services.

The DHS spokesman told iTnews that the trial was "valuable", though it appeared much of the value derived was cultural.

"Some participants cited busy workloads and lack of understanding and confidence in using social media at work as reasons for their low level of [Huddle] activity over the five weeks," the spokesman said, summarising a post-trial evaluation.

"The department has used the learnings from the trial to develop training materials for staff on how to use social media at work."

He noted that departmental staff now used a "number online tools for staff to collaborate with colleagues" including blogs, wikis, online communities and instant messaging.

Results of the Huddle trial were contributed to the knowledge base about cloud services and strategies being built by the Government through the CLIC.

AGIMO's first assistant secretary of agency services, John Sheridan, told iTnews that he had reviewed the approach but decided not to proceed with it.

CLIC minutes also reveal that the DHS had considered cloud email services back in February 2011 to handle "up to Cabinet-in-confidence [level] emails" (pdf), though it was unclear from the minutes whether the idea had progressed to trial.

In addition, they show the Department of Broadband, Communications and the Digital Economy, and the Australian Government Solicitor, made a joint presentation on how to negotiate contractual terms with Google, courtesy of a DBCDE engagement using Google Maps (pdf).

The CLIC, which includes representatives from federal, state, territory and international governments, was established in 2011 to assist in information-sharing and developing the guidance documents described in the Australian Government Cloud Computing Strategic Direction Paper.

CLIC was also used as vehicle to invite early-adopter agencies and the private sector to provide experiences in the use of cloud.

While CLIC continues to operate, the frequency of its meetings slowed. Only one meeting has taken place so far this year.

The CLIC minutes confirm that the US Patriot Act, which applies to many international vendors operating in Australia, lay behind the Government’s decision to crack down on most offshore cloud offerings.

“The Patriot Act having come into force in 2001 (pdf) isn't exactly a new issue, and agencies should be aware of the Act's implications when procuring ICT management or hosting services,” minutes from a CLIC meeting in August 2011 stated.

The minutes note advice from the Defence Signals Directorate (DSD) was clear about outsourcing IT services beyond Australia's borders.