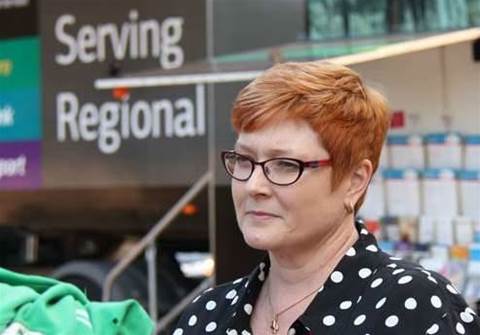 Reshuffle of functions keeps jobs ahead of Tassie election.

Human services minister Marise Payne today announced 55 Hobart IT roles slated for a move to the mainland will now stay in the jobs-strapped state.

In December last year the Department of Human Services revealed it was considering dissolving the Tasmanian IT team in favour of a centralised network of ‘IT hubs’ based on the mainland.

Under the proposal 56 workers were to be given the option of moving to Adelaide, Brisbane or Canberra – or losing their jobs. DHS is understood to not be replacing the role of one employee who voluntarily departed the agency prior to the final decision being made.

Following a sustained campaign from unions and the community, the DHS has come up with a compromise that will allow staff to stay where they are while it continues to centralise IT functions into the three mainland sites.

"Through the consultation process the Department of Human Services identified the possible use of existing skills in Hobart, while continuing to implement its long term ICT strategy," the minister told iTnews.

She said the Hobart staff would take up new IT functions including applications rationalisation, application decommissioning, data cleansing and legacy systems documentation.

"Staff will be supported as they transition to their new roles over the next six months. The decision to retain the Hobart ICT hub will have no impact on employees pay or conditions," she said.

Payne denied that a final decision had ever been made to relocate the office.

“Claims that a decision had already been made regarding these staff were not correct," she said. “This has been an ongoing process as the department moves to meet changing business priorities.”

“Today’s announcement is a victory for common sense. Moving these jobs would have taken $4.5 million of wages out of the state economy at a time when Tasmania desperately needs investment,” he said.

The announcement will also no doubt please Payne’s Liberal colleagues in the Tasmanian state parliament who are hoping to seize government from the Lara Giddings Labor/Greens coalition on 15 March.