Human factor essential for IT security 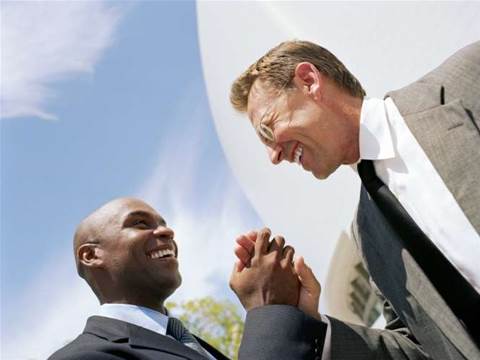 Global enterprises need to focus more time on policies, processes and people rather than technology if they are to successfully secure IT infrastructures, a report claimed today.

A poll of more than 4,000 information security professionals in more than 100 countries, carried out by IDC on behalf of the International Information Systems Security Certification Consortium (ISC)2, found that organisations have traditionally overlooked the role of human behaviour in favour of trusting hardware and software to solve security problems.

However, survey respondents say organisations are now beginning to recognise that technology is an enabler, not the solution, for implementing and executing a sound security strategy.

The study also found that responsibility for executing a sound security strategy is being increasingly shared across the organisation, making board-level officers accountable as part of a well-defined and articulated risk management programme.

"For organisations to proactively secure and protect their infrastructure, information, financial and physical assets requires the unconditional commitment to security at the financial, management and operational levels," said Allan Carey, program manager at IDC who led the study.

IDC analysed responses from 4,016 full-time information security professionals in more than 100 countries, with nearly 40 per cent employed by organisations with $1 billion or more in annual revenue. Respondents came from three major regions of the world: North, Central and South America (57.3 per cent), EMEA (Europe, Middle East, Africa) (22.8 per cent), and A-P (Asia-Pacific, including Japan) (19.5 per cent).

Based on the report, IDC estimates the number of information security professionals worldwide in 2006 to be 1.5 million, an 8.1 per cent increase over 2005. This figure is expected to increase to slightly more than two million by 2010.

"IDC believes that the security professionals who participated in this study are taking their message to the masses and acting as 'change agents' within their organisations to ensure information security is recognised for its positive contributions to the business, as opposed to the sunk cost it has been perceived to be in past years," Carey said.

"The message of people and processes being absolutely crucial to effective information security is finally starting to resonate with business leaders."

"Security breaches that have made headlines during the past year have been a result of human error, and this year's Global Information Security Workforce Study further validates the conventional wisdom long held by information security professionals that people are the critical component of an effective information security programme," added Ed Zeitler, CISSP, executive director, (ISC)2.

"The fact that professionals are being heard by the C-suite and security responsibility is being shared across the organisation demonstrates that the information security profession has arrived and is being valued as an indispensable business component."

Got a news tip for our journalists? Share it with us anonymously here.
Copyright ©v3.co.uk
Tags:
essential factor for human it security