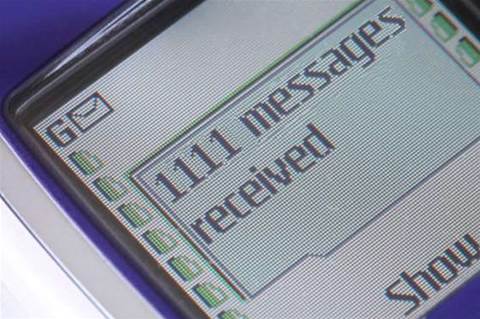 HTC has notified users of a flaw that could cost customers hundreds of dollars in re-sent text messages (SMS) when migrating from a BlackBerry device.

The issue, which affects Australian and New Zealand users on specified HTC smartphones (listed below), can re-send SMS messages saved on the BlackBerry smartphone to the original recipient of those messages during the migration.

A spokesperson for HTC told iTnews the issue occurred when a user migrated from a BlackBerry device to an affected HTC device using the data transfer application included with HTC phones.

The problem would occur if a user elects to transfer all SMS messages from the BlackBerry device to an affected HTC device.

﻿A spokesperson for BlackBerry manufacturer Research in Motion confirmed the company knew about the issue but refused comment. They did not respond when asked which devices were affected.

The HTC spokesperson said the issue had come about through third party software integration on affected devices.

"HTC is working to resolve this issue as a matter of urgency," HTC said in a statement released early this morning.

"Currently, we are developing, testing and introducing a software update. We will continue to update customers on our progress on a regular basis until this has been resolved. We have already instigated additional quality control steps for software integration."

Customers would be notified when an over-the-air update was available for their device.