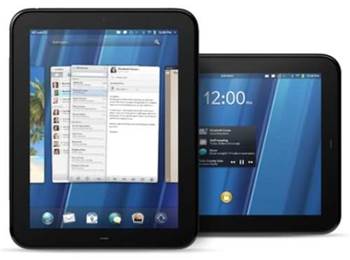 HP's drastic price drops for the TouchPad helped make it the top selling non-Apple tablet in the United States this year, according to research group NPD.

The TouchPad held 17 percent share of 1.2 million non-Apple tablets sold between January and October 2011, according to research group NPD.

The top non-Apple spot in the US however came at a hefty price for HP, which revealed yesterday that it wrote off about $1.6 billion winding down the webOS hardware this August.

This included a $142 million hit from TouchPad discounts, $548 million in supplier-related obligations and $98 million in restructuring charges, according to a Seeking Alpha transcript.

NPD's new ranking came as Research in Motion slashed its entry level 16 GB WiFi PlayBook, which started at a bold US$499, to $US199 -- roughly $US9 more than its materials cost.

The price cut comes weeks after Amazon launched its Kindle Fire for $US199. RIM's previous cut came one month ahead of the Fire's launch.

The latest discount puts the 16GB device's sale price at just $US9 above its $US190 cost in materials, according to a teardown by UBM TechInsights.

iSuppli this week estimated the Kindle Fire's component costs at $US201, but Amazon intentionally priced it that way to back content sales.

Unlike HP's worldwide August fire-sale RIM's PlayBook deflation for North American consumers and business have not reached Australia. However, nor has Amazon's Kindle Fire.