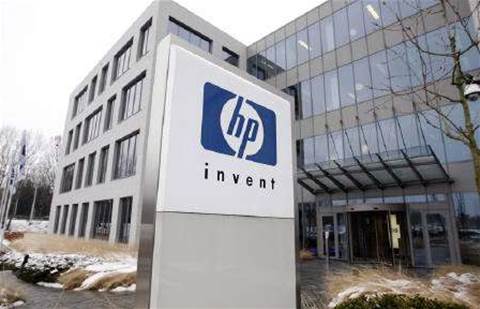 It's the $1.2 billion question: What is Hewlett-Packard's new Palm unit cooking up for tablet computers?

Investors and gadget fans are likely to get their answer on Wednesday, when HP plans to show off its entry into the tablet market, along with new smartphones.

HP has plenty riding on the event, which will showcase the webOS mobile operating system -- the most valuable asset the company acquired when it bought handheld pioneer Palm last summer for US$1.2 billion. HP plans to roll out webOS in a number of products across its portfolio.

Analysts agree that Palm's software platform is well-designed, but caution that is no guarantee of success. HP is a latecomer to a tablet market dominated by Apple's iPad and bristling with competition from a slew of forthcoming products running Google's Android.

"I feel confident they'll put out a quality product, but whether they can get a lot of traction this late in the game remains to be seen," said Morningstar analyst Michael Holt. "But it's a better strategy than just putting out another Android product."

WebOS received positive reviews when it made its debut in 2009. But the first device running the software, Palm's Pre smartphone, was hampered by poor marketing and never caught on with consumers.

With tablet sales expected to surge this year to more than 50 million units, HP can ill afford to fall further behind.

As early as this month, Apple is preparing to unveil the next generation of the iPad, while the well-received Motorola Xoom and RIM's PlayBook hit the market in a few weeks.

Wall Street and gadget lovers are eager to see how Palm, which has been operating as an autonomous unit within HP, will enhance webOS for smartphones and tablets.

By acquiring webOS, HP put itself in the select group of hardware makers with their own computing platforms. By owning rather than licensing the software, it assures itself total control of its devices -- a la Apple -- and arguably can offer a more seamless user experience.

"There are a lot of challenges here: how the market sees them, how reviewers see them, and how the company presents the ecosystem," said Gartner analyst Ken Dulaney.

The biggest single hurdle for HP in mobile may be the scarcity of developers building applications for Palm devices. Apple has more than 300,000 apps for its iOS platform, while Android has more than 100,000. Dulaney said HP needed 30,000 to 50,000 apps within a year if it hoped to compete.

"If they don't get there, then it's going to be tough," he said. "But they're pretty much starting from scratch."

Other questions include wireless carrier agreements, not to mention cost. So far, Apple's tablet rivals have had a tough time beating the iPad's starting price tag of $499.

But HP, the world's largest technology company, has plenty in its favour. It has a massive global retail network and has made it clear that it plans to spend on Palm.

Jon Rubinstein, the former Palm CEO who now leads HP's Palm unit, has a track record of success. A former Apple executive, he is credited with helping invent the iPod.

Rubinstein, who has famously said he's never used an iPhone, has made it clear he thinks there is room in mobile for HP.

Morningstar's Holt said the next holiday season may be make-or-break time for HP's tablet aspirations.

"You'll see where consumer preferences are moving at that point," Holt said. "You're really looking at the beginning of 2012 to see whether HP has a shot."