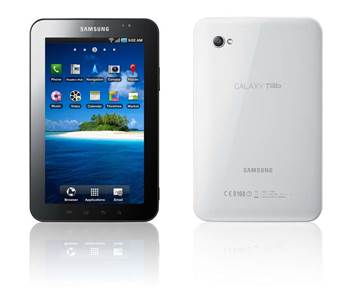 Weaker demand for tablets - except the iPad.

Tablet makers have cut back production in the hope of avoiding a glut, due to weak demand for anything but Apple's iPad, according to analysts.

Samsung, Acer, RIM and Motorola were amongst those that had collectively cut back production from an expected 83 million units to 71 million, according to JPMorgan Chase analyst, Mark Maskowitz.

“Beyond Apple’s iPad, there has not been another high-volume tablet offering to hit the market,” he noted in a report released last week.

The “tablet bubble” for Apple's rivals had already burst in February, according to FBR Capital semiconductor analyst Craig Berger.

“Somewhat weak sell-through of non-iPad tablets is now showing up in production schedules, according to our contacts,” he wrote.

The analyst expected RIM to produce seven million PlayBooks this year, but slashed the figure to three million for 2011, and cut Motorola’s Xoom 2011 tablet production from five to three million.

HP executives are confident the webOS-powered TouchPad will topple the iPad. The TouchPad offers compatibility with Flash, as does Samsung's Galaxy and Motorola's Xoom.

An HP executive showed off the device running Flash 10.1 at a Qualcomm conference last week, telling CNet that running Flash on a tablet is "certainly intensive for computing power... but it should absolutely be able to do a very good job at Flash.”