HP shoots for TouchPad in June 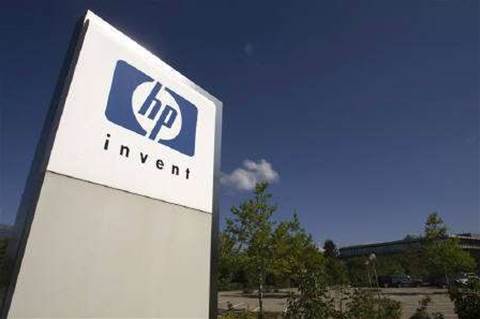 HP chief executive Leo Apotheker, laying out the company's long-term vision in software and Internet computing, promised to boost 2014 earnings by half and sharply raise dividends.

Apotheker, facing questions from investors on how to return the world's largest technology company to growth, said HP aims to raise quarterly dividends by 50 percent to 12 cents a share from May, and keep it growing at double-digits.

The TouchPad, HP's answer to the Apple iPad and part of its efforts to make inroads into fast-growing consumer businesses, will launch in June, he added.

Investors are keen to hear plans to enhance profitability at the sprawling computing giant. On Monday, executives said the company is on track to earn $7 a share excluding items by 2014, up 53 percent from US$4.58 in fiscal 2010.

Apotheker succeeded a well-regarded Mark Hurd, ousted last August after the board said he filed inaccurate expense reports to conceal a "close personal relationship" with a female contractor -- something Hurd's representatives have disputed.

The former SAP AG chief has gotten off to a somewhat rocky start. HP's shares are down 10 percent since Hurd's exit, and the firm recently trimmed its revenue forecast.

The German executive faces a number of challenges in coming years. HP remains a dominant player in major IT markets, including PCs, servers, services and printers, but its gross margin is roughly 24 percent, versus more than 40 percent for rival IBM.

Besides IBM, HP is confronting a number of newly-agressive rivals intent on becoming one-stop shops for data centre customers, including Cisco Systems and Oracle.

Apotheker has vowed to rekindle innovation at HP, known more for cost-cutting under Hurd's leadership. On Monday, he said research spending has been outpacing revenue growth.

HP is also making a major push into the mobile arena, following last year's acquisition of Palm. HP will launch the TouchPad tablet in June, entering a market already thick with powerful competitors.