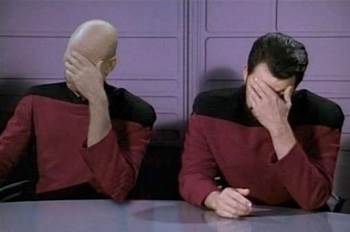 A New York man has started a class action suit over a printer exploit said to be capable of starting fires.

A New York man who owns two Hewlett-Packard printers has brought a class-action lawsuit against the technology giant over a vulnerability that opens the device up to a hacker attack.

The complaint, filed in a US district court contends that HP knew of the vulnerability but failed to disclose its existence to customers, an unfair business practice.

"If [the] plaintiff and other members of the class had known about the defect in the software of the HP printers, they would not have purchased their HP printers," the suit alleges, adding its bringers suffered financial losses as a result.

The complaint seeks unspecified damages. An HP spokeswoman said the company could not comment on pending litigation.

Researchers at Columbia University in New York last week said they discovered the flaw in HP LaserJet printers that could allow attackers to steal sensitive documents, gain control of corporate networks, or even set the affected devices on fire.

These exploits could be accomplished because some HP LaserJet printers do not validate the origin of remote firmware updates before applying them, according to professor Salvatore Stolfo.

That meant anyone can reprogram the devices with malicious firmware.

In lab demonstrations, the researchers even were able to leverage the vulnerability to overheat the printer's fuser – a ink-drying component –  to cause paper to turn brown and smoke.

In that demonstration, a thermal switch shut the printer down before a fire was started.

But HP dismissed the notion that the printers could ignite.

"HP LaserJet printers have a hardware element called a thermal breaker that is designed to prevent the fuser from overheating or causing a fire," according to a statement, issued last week.

"It cannot be overcome by a firmware change or this proposed vulnerability."

While the company said it was not aware of any customers being affected in any way by the bug, it admitted the possibility of successful exploit exists.

"The specific vulnerability exists for some HP LaserJet devices if placed on a public internet without a firewall," the statement said.

"In a private network, some printers may be vulnerable if a malicious effort is made to modify the firmware of the device by a trusted party on the network. In some Linux or Mac environments, it may be possible for a specially formatted corrupt print job to trigger a firmware upgrade."

Got a news tip for our journalists? Share it with us anonymously here.
Copyright © SC Magazine, US edition
Tags:
exploitshplegalprinterssecurityvulnerabilities