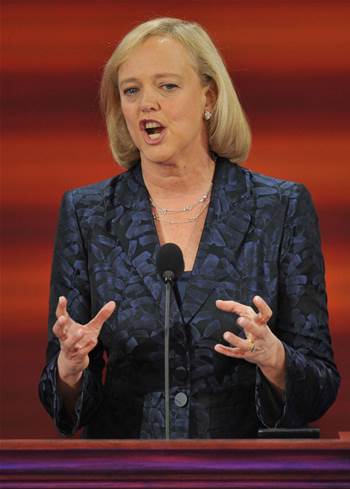 Meg to make her mark with Hurd scale cull.

The reduction would, like in 2008, amount to around eight percent of the workforce, and this time 10,000 to 15,000 look set to come from its enterprise services group, Bloomberg reported Thursday.

Citing sources, Bloomberg reported the actual percentage that could be cut may change and followed Business Insider’s earlier report that between 10 to 15 percent of its 324,600 worldwide headcount may be cut.

HP in March merged its Imaging and Printing Group (IPG) with its PC division, Personal Systems Group (PSG), following a dip in revenues for each group for the first quarter in 2012.

Its services business, which brought in US$8.6 billion in the quarter, reported one percent growth in the same period.

The two HP groups that did grow significantly were software and financial services, but both brought in less than US$1 billion a piece and remain relatively small compared with PSG and IPG, which together brought in around half the company's revenues.

At the time HP Australia said it was staying consistent with the global ambition to cut 7.5 per cent. That meant about 450 jobs off an estimated 6000 strong combined local workforce.