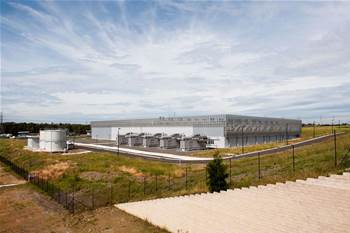 HP has unveiled plans to build out up to 12,500 square metres of technical floorspace at its new Sydney data centre site to sate government and private sector interest in cloud and managed services.

The computing giant officially launched the first phase of the facility, based in Sydney's west, this week, offering 2500 square metres of technical floorspace to tenants including Origin Energy, Downer and Elders Australia.

It is HP's second core facility for Australia. HP plans to consolidate disparate facilities around the country.

The first phase of the facility, dubbed 'Aurora', was completed on time, with first active services rolling into the facility on December 1.

Though the initial stage was initially slated to cost $119 million, the company said this week that it had spent a total $200 million to date on the site.

David Caspari, managing director of HP South Pacific, said the company had faced "much greater scrutiny" inside HP for project decisions and budgets, making the facility a "tangible commitment" to the Australian marketplace.

"For HP Australia to be selected for such significant investment, it's a reflection of optimism," he said.

The first phase of the project represented about a fifth of the total potential size for the facility, which could extend to a total 12,500 square metres over coming years, depending on customer demand.

These would be added as additional "cells" or data halls, with two cells belonging to a "shell", or physical building.

In effect, the company plans to build three physically separate buildings on the Eastern Creek site, with the first two buildings each housing two data halls.

The third building would house a single cell, though facilities manager Joseph Smith told iTnews it was only "conceptual" at this stage.

Each hall could house 750 racks at an average density of four kilowatts and maximum power rating of 10 kilowatts.

The first cell uses a custom hot aisle containment configuration that sees the majority of the hall on the concrete slab, rather than a traditional raised floor.

However, some 500 square metres of raised floor space is available in the data hall to accommodate tape libraries, mainframes and legacy customer infrastructure that did not suit the company's facility design.

Smith said the company planned to address the ratio of raised floor space to its preferred slab method at each of the additional data halls depending on customer requirements.

The facility currently operates on two 11 kilovolt feeds from nearby substations but Smith said HP planned to build its own power substations on-site in order to "start drinking from the fire hydrant". The substations would provide enough power for the next two data centres planned.

Origin, Elders and Downer had already begun transitioning infrastructure and applications to the facility under managed services and cloud contracts.

Elders CIO Shaun Hughes said the company had begun spinning up instances of SAP in the HP facility as a private cloud service since March, beginning what he called a "fairly significant enterprise transformation" for the company.

Elders ultimately planned to sunset legacy applications in Adelaide and hoist the majority of its applications, including SAP, to the facility under a seven-year infrastructure and applications signed with HP late last year.

Downer's transition to HP data centres also comes as part of a major outsourcing deal late last year, which the company hoped to use to yield $250 million savings across the business over five years.

HP had also begun to migrate some federal government agencies, but refused to nominate who.

However, it has previously aired intentions to migrate Australian Tax Office infrastructure to the facility as part of its major, $500 million contract with the department.

The concept has been raised within government as a means of sharing economies of scale between large and small agencies.

"We provide services to government on a consumption base today," Bennett said.

"These guys aren't pure cloud at the moment - they've got legacy environments, they've got advocations suitable for deployment on cloud.

"Even when you do a private cloud for some of the agencies, you still have to support the legacy environment because a lot of their business transactions ebb and flow between dedicated infrastructure and heavily virtualised infrastructure.

"Depending on what their business requirement is, we can do both as it goes forward. It's a real mix and it's not unique to government."