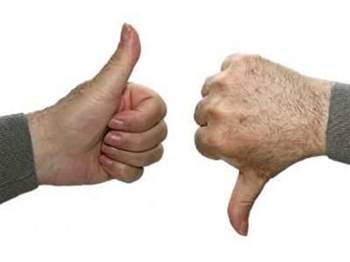 HP Inc has rejected Xerox's proposed merger, but is open to a deal with a different structure..

News of the rejection came early this morning Sydney time when the HP Inc board issued a letter sent to Xerox Vice Chairman and CEO, John Visentin. The letter explained HP Inc feels the proposed deal is not the best thing for HP Inc and its shareholders.

"Our Board of Directors has ... unanimously concluded that it significantly undervalues HP and is not in the best interests of HP shareholders. In reaching this determination, the Board also considered the highly conditional and uncertain nature of the proposal, including the potential impact of outsized debt levels on the combined company’s stock."

"We have great confidence in our strategy and our ability to execute to continue driving sustainable long-term value at HP," the letter, signed by Board chair Chip Bergh and CEO and President Enrique Lores.

"In addition, the Board and management team continue to take actions to enhance shareholder value including the deployment of our strong balance sheet for increased repurchases of our significantly undervalued stock and for value-creating M&A."

But the rejection was not definitive, as Bergh and Lores go on to say "We recognize the potential benefits of consolidation, and we are open to exploring whether there is value to be created for HP shareholders through a potential combination with Xerox."

But the two want to know more about Xerox's finances, saying they have "fundamental questions that need to be addressed in our diligence of Xerox. We note the decline of Xerox’s revenue from US$10.2 billion to $9.2 billion (on a trailing 12-month basis) since June 2018, which raises significant questions for us regarding the trajectory of your business and future prospects."

"In addition, we believe it is critical to engage in a rigorous analysis of the achievable synergies from a potential combination. With substantive engagement from Xerox management and access to diligence information on Xerox, we believe that we can quickly evaluate the merits of a potential transaction."

And then the kicker: "We remain ready to engage with you to better understand your business and any value to be created from a combination."

All of which puts the ball in Xerox's court, as HP Inc has signaled it thinks consolidation of the printer market is a good idea and has enough balance sheet strength to make that happen without a Xerox deal. By inviting Xerox to reveal more about its financial state, the letter leaves open the possibility that HP Inc could even acquire Xerox!

Grab some popcorn: this should be fun to watch.

Got a news tip for our journalists? Share it with us anonymously here.
Copyright © CRN Australia. All rights reserved.
Tags:
acquisitionschip berghconsolidationenrique loresfinancehardwarehp incmergerspcsprintersxerox