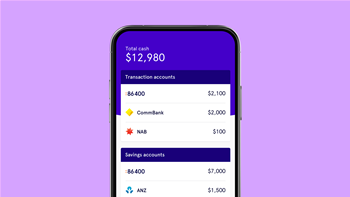 When 86 400 was acquired by NAB last year, the neobank was suddenly faced with a need to lift its data analytics game.

As startup with less than 100,000 customers, 86 400 had focused its early efforts on growth, progressively adding new features to its smartphone-only offering.

But with its technology platform soon to cater for hundreds of thousands of new UBank customers, as well as its own, data and analytics could no longer take the back seat.

“There was a data platform, but it was really just a rudimentary score for reporting and business intelligence (BI) information.”

Gyde said that while the platform had suited 86 400 as a startup, it was less suitable as it became a scale-up.

It also presented a number of challenges that were starting to encroach even before the acquisition, particularly around “repeatability and reusability”.

“Data assets were always being created with a singular use case in mind... so there was no real concept of a common data model for the business,” he said.

This meant that “teams across the business [were] asking the same question and getting totally different answers for it”.

Costs were also “starting to mount”, which Gyde put down to “organic customer growth and the volume of data”.

“Data volume was already starting to cause us problems, so we had a really high operational overhead for this platform that we were running, which was based on Postgres databases,” he said.

Had the bank “evolved organically”, its approach to data analytics would have naturally “matured”, Gyde said, as the business found solutions to any problems that arose.

But with the acquisition by NAB, and its customer base poised to “grow by roughly five times in the space of six months”, 86 400 no longer had the luxury of time.

“We knew all of these problems that we were starting to encounter we’re going to get a lot bigger, and then all our pipelines were just going to buckle,” he said.

“So, this formed most of the rationale for us moving to the [Databricks] Lakehouse.”

Gyde said the bank took the opportunity to reimagine its data stack, and establish an “all-in-one data and analytics processing platform”.

“Let’s have a business-facing presentation layer and then lets also have a collaborative space for data science, workflows and model development,” he said.

The short timeframe meant, however, that 86 400 had to focus its efforts on the most “critical elements”, which it did by establishing a “steel thread” to guide the implementation.

“We decide [to build] a vertical prototype, something that went really deep on the platform’s technical implementation, but gave you only a really thin slice of its horizontal capability,” he said.

The team initially focused its efforts on getting the platform live, which involved getting the environments deployed and introducing static data to allow the team to start exploring.

It then moved “core bank system and loan origination system data into the platform” and implemented access controls, before lastly integrating it with the bank’s BI tooling.

With a headcount of only 10, Gyde said the data team was not in the business of “empire building” and wanted to “federate the platform’s capability out right across the organisation”.

He said that doing so would allow the bank’s “data citizens to come in a self-serve and self-discover whenever they want to”.

“As a smartbank, you can imagine the hunger across the organisation for data is pretty overwhelming,” Gyde said.

“From our product teams, who are looking to engineer new experiences like coming up, which is our bill prediction engine, through to financial crime teams.”

Gyde said that, as a result, the team thought long and hard about “what our target state for the platform was going to be” and “what that audience would like out of the platform”.

It saw the bank settle on a “medallion architecture” for the platform, enabling other business units able to “come in and sandbox and develop data assets” in a safe space.

“We saw an opportunity within the medallion architecture to set up some safe spaces for other business units to come in a sandbox and develop data assets,” he said.

“And then my data team would take responsibility for ingestion of new data sources into the bronze layer, and then modelling up what we’re calling strategic data assets.

“Those data assets will serve multiple business units and that a particular team can go to reference that they’re trying to scale up a data asset in their own database space.

“So, delineating those responsibilities was a big step for us because it allowed my team to focus more proactively on extending and improving the platform.”

Sprint to the finish

While there are still a “few months” before the UBank customer start to migrate to the 86 400 platform, Gyde said preparations are well underway.

“We’re sprinting, basically, to the finish line,” he said.

“But the thing that’s really satisfying for using is that we can see the platform growing in both size and capability every day.

“And we’re already live with a number of our critical use cases, so reporting integrations into the NAB Group, BI reporting for the business and then some outbound marketing use cases as well.

“So, within a really short space of time, we’re talking four to five months here, we delivered a really huge transformation.”