How ISPs got caught up in the Internet wars 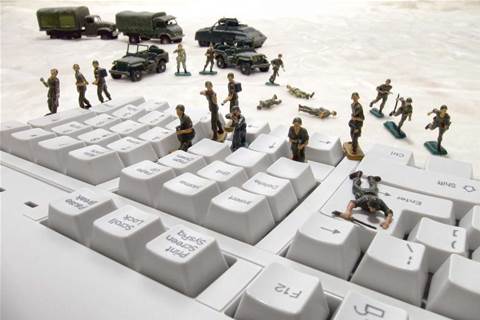 The Internet has fuelled an ongoing global conflict that will engulf all of us, claims Australian political commentator and author Bernard Keane.

In The War on the Internet, Keane surveys the role of social media in the Arab Spring, the continuing fallout from WikiLeaks, government warnings about cyber wars, battles over privacy and copyright and the boom in online activism.

iTnews has today published an extract from the book.

He charts how these “internet wars” reinforce those people online and their impact on individuals, corporations, governments and democracy.

“The Internet is basically rewiring society a lot like TV rewired society in the last century,” he said.

While the links of these stoushes are diverse, Keane perceives a common thread where people link up and establish communities online in ways that challenge existing powers.

While Western governments are prepared to accept these developments in their most obvious forms such as Facebook and Twitter, there is a sinister aspect to such developments.

Keane draws on Wikileaks' revelations of a thriving surveillance industry created by the private sector that is developing tools to completely erase privacy and track what people are doing online.

“It is frightening and depressing to see that these tools are so easily available and governments are inclined to use them,” he said.

Keane argues the Internet’s freedom poses a threat to the workings of nation states.

“The whole issue of borderlessness is quite significant. Nation states are really playing catch up with the borderless Internet.”

ISPs caught up in the Internet Wars

Keane said the Attorney-General’s recent move to sign the European Convention on Cybercrime was a good example of consequences that will ripple through IT enterprises.

“The Cybercrime legislation imposes quite significant requirements on ISPs - far in excess of what the politicians thought,” he said.

The borderless Internet challenged the enforcement of many laws.

He noted the British Government’s super injunctions that were designed to muzzle any reference to a specific court matter.

“But I can breach that by revealing the information on Twitter, which I’ve done without any kind of repercussions. I breached Canadian electoral law by posting Canadian electoral results while there was a blackout in Canada. There was no threat of legal consequence for me,” he said.

He believes that eventually nation states will agree their court systems should not be mocked and launch new crackdowns to curtail such freedoms.

He argues the online world has its own rules and its own “physics”.

“Unless you mentally adjust to that you can lose your way. The Anonymous hacker group reflected the characteristics of the internet itself.

“It’s almost as if there are different laws of nature in the online world than in the real world."

Keane said the view that the online world merely reflects the real world is changing.

“It is more an entity unto itself with its own rules that we may not have had ten years ago.”

He believes the first political party that finds a way to exploit the community-building potential of the Internet will gain a huge advantage.

“But I don’t see any political party doing that at the moment.”

The War on the Internet can be purchased from the Crikey shop for $9.95 (or $6.95 for Crikey subscribers).