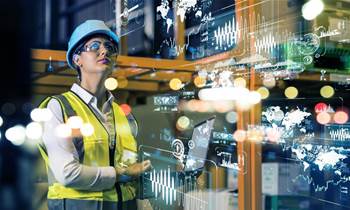 Global engineering and construction services firm GHD has spent the last decade developing a common data environment (CDE) for its projects to support its 10,000 workers and deliver value for clients.

GHD’s collaboration technology manager, David Nicholson, said that the longhaul project was “determination, frustration and optimism in equal measure,” and will ultimately save over 18,000 work hours a year.

He said that In an organisation with 200 offices across every inhabited continent except Africa working on projects running across the gamut of architecture, engineering and construction services, it wasn’t a surprise that GHD identified the need to overhaul its data management practices.

Speaking at the recent Bentley Systems Year in Infrastructure conference in Singapore, Nicholson said the underlying idea of the CDE project was to provide the right information to the right person at the right time.

While the organisation used Bentley’s ProjectWise information management system to achieve a CDE for every project, its first use of the software back in 2009 was more ad hoc.

Bentley was selected because it was the only player operating at the scale in the engineering software market at the time, Nicholson told iTnews, and was used in both Australia and the US to support projects of varying sizes and technical complexity, albeit on an initially ad hoc, project by project basis.

“And at that stage, our enterprise was [already] 6000 people,” Nicholson added.

Continuing that way was unsustainable, especially when GHD was regularly initiating 20 projects a week.

One of the initial realisations when the team at GHD set out to rationalise its data management was that any standards had to be universally applicable to projects of any level of complexity.

It also needed to adhere to adhere to the emerging ISO standard 19650 for building information modelling (BIM).

Automation was another area that needed addressing to support GHD’s visions for growth.

“Automation to us at this stage meant efficiently creating the project ecosystem and populating it with the appropriate content. Also the ability to build on an initial setup and iterate on that setup, as content became more clear on an emerging project.

“So that included creating and managing work areas and automating the connections to ProjectWise 365 Services.”

Compliance was driven by a template GHD created from scratch to sit within ProjectWise that adhered to the information management principles of ISO 19650, including the language used, team based security, conformance checking, and the way the project-level insights were derived.

“This also means that we now have a tool to distribute this way of working across our enterprise by default,” Nicholson added.

Before these frameworks were established, GHD had no way of measuring time or value in project setup, project management and project delivery with respect to information management - a capability that has only recently become available to the company.

“On the raw information that we do have available to us, we are able to forecast a reduction in project setup up to 200 percent and reduction in support time, on average of 20 hours per project.

“Metrics on caching server management are seldom measured, however, conservative forward estimates suggest a global reduction in ongoing maintenance intervention of more than 900 hours per year, giving us return of investment of over 400 percent.

Staff joining new projects or working across multiple jobs at the same time also no longer waste time getting up to speed on the data environment, which, with 1800 people working on 10 projects a year adds up to approximately 18,000 annually, Nicholson added.

“With this project, we've developed a robust framework, which enables consistent and repeatable project setup, with a repetition in structure, consistent workflows, and a structured data schema with common vocabulary, common naming conventions, and most importantly, displaying a common way of working.

“This means we have an enterprise wide data schema that is consistent, reliable, and reusable.”

Matt Johnston attended the Year in Infrastructure conference in Singapore as a guest of Bentley Systems.