How dangerous is Anonymous? 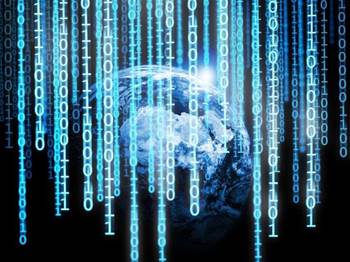 Are attacks in support of Wikileaks by bored teenagers or cyber-criminals?

The denials of service by Anonymous have been described as cyberwar, vandalism and virtual sit-ins but how serious is the threat?

Anonymous made its name targeting Scientology and anti-piracy groups but has become infamous with its defence of Wikileaks.

After the whistleblowing site was disowned by payment and hosting companies, the amorphous Anonymous let loose distributed denial-of-service (DDoS) attacks called Operation Payback. We talked to security experts, DDoS defence firms and Anonymous members to find out if this is an online protest by web-savvy 16-year-olds, or dangerous attacks from cyber-criminals.

When a street protest turns nasty, the damage is clear: front-page photographs capture the ensuing graffiti, shattered windows and flaming cars. But with DDoS attacks the damage is often unknown, not least because the targets are usually unwilling to admit how far their security has been compromised.

Anonymous by the numbers

102,733 - The number of times the LOIC (Low-Orbit Ion Cannon) software used in Anonymous attacks has been downloaded from SourceForge since the leaked diplomatic cables were published.

According to Panda Security, the attacks by Anonymous took down both the PayPal blog and MasterCard main page for more than a day, while Visa’s homepage was down for hours. The Swiss bank that shut Wikileaks leader Julian Assange’s account was out for 33 hours, but others were offline for mere minutes.

Although Paul Sop, chief technology officer of DDoS defence specialist Prolexic, agreed that taking down “brochure” websites has little impact on the bottom line, he said there could be collateral damage costing millions of dollars.

Taking out a network may damage another system, which is what many assume happened to MasterCard, since its SecureCode authentication was also down the day of the attack. And while PayPal’s blog took the brunt of its attack, its transactions system also had troubles that day.

Despite such “success”, Anonymous’ methods are seen as “unsophisticated”, notably its use of the widely available LOIC software.

“It isn’t sophisticated at all. If you have 10,000 people using it at the same time, it can cause trouble, but not because it’s really sophisticated,” said PandaLabs’ technical director Luis Corrons.

The first version of LOIC required users to input the target site, but recent editions let users hand over the application to the Anonymous command and control centre, dubbed Hive Mind.

“You can actually watch when it’s used by others, giving a puppet-master kind of control,” said Sop. “It’s traditional botnet command and control architecture.” There’s also a browser-based JavaScript version, complete with dropdown menus from which to choose attack targets.

Such automation may suggest a lack of skill, but Prolexic’s Sop says LOIC has evolved to include features such as encryption, which helps the attack dodge DDoS filters. “These guys are doing more than we’ve seen in years from other attacking sources,” he said.

Anonymous has also evolved from running basic flooding attacks, which “jam up the highway” with as many clicks as possible, to more complicated types targeting application and service layers.

“It [flooding] is like calling up the local pizza place and just trying to flood it with calls, blocking it so no other calls can get through,” explained Craig Labovitz, chief scientist at Arbor Networks.

“The other type of attack is application layer attack or service layer attack. You’re going to make the person on the other end of the line do as much work as possible. It isn’t just calling the pizza place, it’s ordering multiple pizzas with complicated toppings, really esoteric ingredients.”

On the web, that could mean targeting a page’s search function to add stress to servers.

While Anonymous isn’t formed of – for the most part – professional cyber-criminals, it’s difficult to defend against a group organised in such a way. “It’s a crowd-sourced phenomenon,” said Sop.

“In the cases where it’s an organised criminal group, they’re using one type of botnet, they’re doing a very consistent type of attack. With Anonymous, you have thousands of people, any one of which can change the attack, the rate they’re attacking, and the protocols they’re using.”

In addition, when attackers find a tactic that works, they share it in their chatrooms. “You have to keep up because the attackers realise a countermeasure has been deployed, and say ‘I’ll play chess with you and I’ll change my attack’,” Sop said.

However, those chatrooms are also a weak point, since Prolexic’s staff can sign in to see what their opponents are planning and how well their defence is working.

“As we were blocking their attacks, they’d get discouraged because a lot of these users are very young and they want that endorphin rush,” said Sop. “They want to see the results of their attacks.” The best defence appears to be boredom: “Annoy them enough, and eventually they lose interest and go on to something else.”

The attacks – and counterattacks – have led to worries of a global cyberwar, but Labovitz doubts “whether low-level, short-lasting attacks such as Anonymous are war. I characterise it more as cybervandalism. That isn’t to say this doesn’t pose a threat, as the writers of these tools evolve as more machines become involved."

Flick to the next page to learn what makes Anonymous tick.

Next Page 1 2 Single page
Got a news tip for our journalists? Share it with us anonymously here.
Copyright © Alphr, Dennis Publishing
Tags:
4chananonymouscablegateddosionjulian assangemastercard loic loworbitsecuritywikileaks