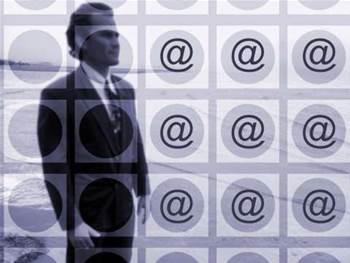 In an effort to promote trade between Australia and Hong Kong, the Hong Kong Trade Development Council (HKTDC) is hosting a number of Australian companies at its fifth annual International ICT Expo this week.

With a focus on all things ICT, including networking, mobility, enterprise solutions, open source, outsourcing, e-logistics and retail technologies, the International ICT Expo is a step towards HKTDC’s goal of promoting the Chinese island as an international technology marketplace.

According to estimates from HKTDC, Hong Kong’s technology industry currently accounts for one third of the island’s exports, with technology exports having been valued at $123.5 billion in 2005. The industry is supported and driven by a rise in Chinese research and development efforts, which have been reflected in the tripling of China’s high-tech production over a period of five years to reach $440 billion in 2004.

Still, the country continues to seek technology solutions from foreign companies in accordance with its Government’s five-year National High-tech R&D program which, when launched in 2006, promised to promote international cooperation of science and technology.

Citing 2007 figures from the International ICT Expo, Peter Bosevski, assistant marketing manager of HKTDC in Australia expects this week’s event to be an opportunity for Australian businesses and technologists to forge relationships that cross national borders.

While he was unable to disclose figures from this week’s event, Bosevski said that Australia will be very well represented at the International ICT Expo, with Australian exhibitors occupying the largest pavilion of all overseas exhibitors.

HKTDC’s promotion of the International ICT Expo in Australia has been facilitated by the Australian Interactive Media Industry Association (AIMIA), which is exhibiting at the event.

The International ICT Expo is one of 32 trade events that are held by HKTDC throughout the year to promote international trade. Fashion, film, food and furniture form a focus for many of the trade events; however, Bosevski expects Australia’s greatest opportunity to lie within the technology sector.

“Not all these Australian industries can add value [to the Hong Kong market],” Bosevski said, considering the country’s comparatively high cost of manufacturing certain products.

Noting the strength of the internationally-lauded Australian research and development sector, Bosevski expects technology-based products from Australia to be successful overseas.

“Medical technology companies, for example, have an upper hand [if they are] from here,” he said, listing biotechnology, nanotechnology, environmental technology and e-logistics as areas in which Australian companies have enjoyed most success at various HKTDC trade shows.

Bosevski highlighted opportunities at the Hong Kong International Medical and Healthcare Fair, which will be held from 14-18 August. Last year, Hong Kong imported $1.3 billion in medical and healthcare equipment from international providers, $8.9 million of which is estimated to have been contributed by Australia.
Got a news tip for our journalists? Share it with us anonymously here.