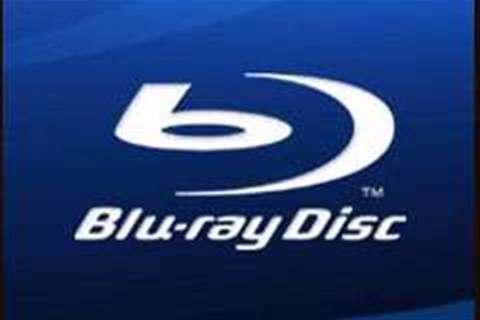 In addition, the DZ-BD7HA model is a hybrid unit with a 30GB hard disc drive (HDD) that can record up to four hours of FullHD video or eight hours of 1440 x 1080 video.

The non-hybrid DZ-BD70A also comes with an SD card slot for storing digital still photos at a maximum resolution of 4.32-megapixels.

Hitachi's Photo Capture feature also allows DZ-BD70A users to grab any still frame from a Blu-ray disc and save it as 2.1-megapixel photo to the SD card.

The DZ-BD70A also allows video to be recorded in standard definition quality to regular DVDs.

Meanwhile, the hybrid DZ-BD7HA device allows footage on its HDD to be edited using the split, delete and connect commands.

It can then be transferred from the drive straight onto a Blu-ray disc, bypassing external editing devices such as PCs.

"To be the first manufacturer to create two models of the world's first Blu-ray disc camcorders that shoot, playback and store HD video is a huge milestone for us and something we are exceptionally proud of," said Jeff Fochtman product manager at Hitachi America.

The DZ-BD70A camcorder will be priced at an RRP of US$1,299, while the hybrid DZ-BD7HA will cost around US$1,499.
Got a news tip for our journalists? Share it with us anonymously here.
Copyright ©v3.co.uk
Tags:
bluray camcorders debuts first hardware hitachi
By Matt Chapman
Aug 6 2007
11:08AM