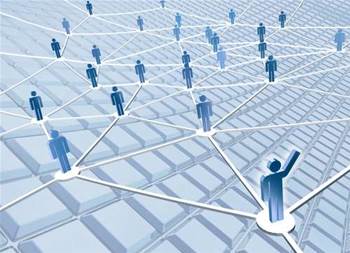 The standard size of DDoS attacks had plateaued with the largest attack reported as being 60 gigabits per second, pointing to a change in attackers' strategies, according to an Arbor Networks report.

The report said that application-layer and multi-vector attacks were continuing to evolve, while volumetric attacks are starting to plateau in terms of size.

"Attackers have now turned to sophisticated, long-lived, multi-vector attacks – combinations of attack vectors designed to cut through the defences an organisation has in place – to achieve their goals,” the report said.

“Multi-vector attacks are the most difficult to defend against and require layered defences for successful mitigation. This year's report includes a case study on the on-going attacks against US financial services organisations, a great example of a multi-vector attack.”

The report claimed that 46 percent of respondents were experiencing multi-layer attacks, a rise of 27 percent since last year.

Bloor Research's Fran Howarth believed that the results of the report highlight an important issue – that anyone can be targeted.

“DDoS has evolved from basic attacks that simply tried to overwhelm a connection with data, to ones that are complex and focused on multiple targets at once,” Howarth said.

“It is the enterprise that should pay closer attention to the evolution of DDoS attacks and their consequences. Today, DDoS is the favoured tool of hacktivists and is increasingly seen as a tool for achieving competitive advantage - this should serve as a warning light. I would like the enterprise to start paying as much attention to threats to availability as it does now to data security.”

Got a news tip for our journalists? Share it with us anonymously here.
Copyright © SC Magazine, UK edition
Tags:
arbor networksddossecuritysurvey