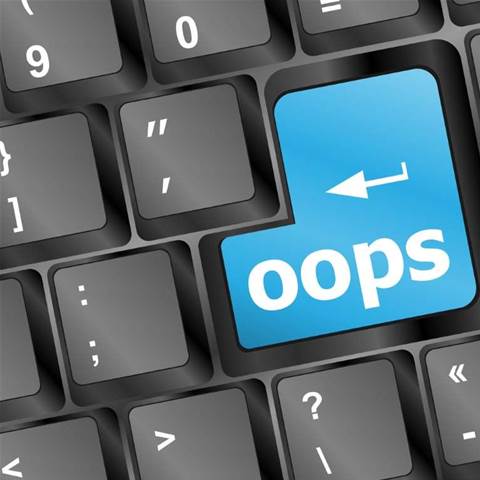 A number of EFTPOS terminals in New Zealand have been displaying an odd message to customers in recent weeks after a developer’s test update was accidentally distributed to terminals across the network.

But for several weeks, some terminals and cash dispensing machines supplied by Payment Express have instead displayed the words: “Herp-Derp EFTPOS”. 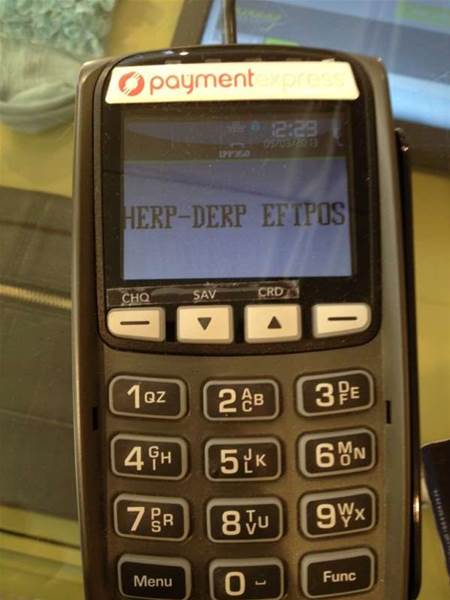 Customers in contact with iTnews said several affected Kiwi retailers weren't concerned about the matter once they discovered that EFTPOS payments were processing as normal.

“When I saw the screen I laughed and drew the attention of the cashier to it,” said one customer who noticed the message at a cafe in Rotorua. “She looked at it and said "oh yeah" in a casual manner that implied to me she didn't think it unusual.”

Another shopper sighted the message on a terminal in a store in Takapuna, just outside Auckland.

“The cashier asked why I was laughing and said "Oh, is it still saying that weird thing?" She had no idea what it was. I told her it was just a geek joke and that it was probably their IT guy playing a prank," the customer said.

DPS was not aware of the issue prior to notification by iTnews. It investigated the matter this morning and said a test message had been pushed out to some terminals but did not provide further details by the time of publication.

Payment Express is used by Visa, MasterCard, American Express, JCB, Discover and Diners, and 15,000 merchants, according to its website.

The company is based in Auckland, New Zealand, and is certified across over 10 regions with offices across Sydney, Melbourne, Los Angeles and London.