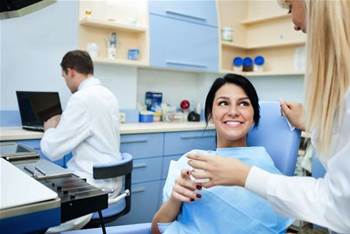 The Australian Dental Association has accused major health insurers of mining the HICAPS billing system for commercially sensitive data to give its in-house dental providers a competitive advantage in the market.

The ADA made the claims in its submission [pdf] to the Productivity Commission's data sharing inquiry, complaining that problematic cases of data use in the health sector are giving industry Goliaths a head-start over smaller players.

It said the HICAPS user agreement is “too generous” when it comes to clauses relating to the use of confidential information, and accused private health insurers of using claims submitted to them via the gateway to compile massive databases on the pricing regimes and patronage levels of dental practices in the market.

“[Private health insurers], especially those that are vertically integrated and operate practices owned by them have the advantage of access to granular sensitive information of the pricing, clinical practices of their competitors … the specific procedures performed and the identity of the patient who received these procedures,” the ADA wrote.

It claimed that health insurers use this market intelligence to set the pricing of their own dental practices, and to target suitable customers they can “steer” to their own network of providers.

The health insurers could even potentially use this data to retract rebate eligibility for what they identify as higher-charging practices, to minimise the payouts on more expensive services, the industry body claimed.

“This conduct has a materially detrimental effect on competition,” the ADA said.

“The PHI then has the ability and incentive to utilise this information to their advantage and to thereby skew the competitive process.”

The ADA has called for the HICAPS agreement to be rewritten.

“Dentists should be made aware of the precise nature of the information collected through the HICAPS agreement and the precise manner and purpose for which it is used, especially secondary use of such information,” it said.

The National Australia Bank - which owns and operates the HICAPS system - declined to comment on the matter.

iTnews invited the four largest Australian health insurers to comment on the claims.

NIB responded to say it no longer operates any of its own dental practices.

HCF did not respond directly to the ADA claims, but a spokeswoman said its HCF-branded dental network pre-dates HICAPS and “after nearly 30 years of delivering these services, our business strategy is driven by listening to our customers”.

The Productivity Commission has been asked to look into ways public and private sector data can be made available for the benefit of the Australian economy in a safe and effective manner.

It is due to hand its final set of recommendations to government in March 2017.