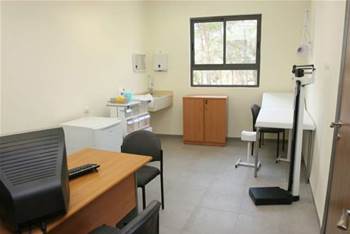 The Department of Health has revealed it expects trials of opt-out electronic health records to cost $51 million over the next four years.

Health received a pool of $485.1 million in the 2015 budget to pay for a renewed push to create personal electronic health records, which has been rebranded My Health Record.

The government revised its approach to the rollout of health records in the aftermath of Richard Royle’s investigation into the lower-than-expected take-up of the former PCEHR.

The budget allocation will pay for the continued operation of My Health Record and the transition to new governance arrangements following the abolition of NeHTA.

It will also fund trials of a new opt-out approach to onboarding patients, after the Royle review advised that waiting for consumers to sign up for their own records under the existing opt-in policy was leaving the e-health capability underutilised.

Before making the switch to the new opt-out stance nationally, the government plans to run trials of the new approach in at least two regions of Australia from April 2016.

In a response to questions on notice from the June senate estimates hearings, the Health department revealed it expects the trials to consume $51 million of the overall $485.1 million funding allocation.

Former Health CIO Paul Madden told the June estimates hearings that the department was consulting with the states and territories on the selection of trial sites, and expected to have settled on the first opt-out areas by September.

He said the department was looking at somewhere between two and five trial sites, spanning roughly a million people.

The trials will test the process for onboarding users. The Health department has already flagged its intention to give trial participants two months to opt-out, ahead of a two-week period where electronic health records will be automatically created.

For the following six weeks, these records will only be viewable by their owners as they set access controls according to their own preferences, before being opened up to relevant healthcare providers.

Senate estimates questions on notice also revealed that as of the start of June, 2.2 million Australians had registered for an opt-in health record, with an average of 1294 new users signing up each day.