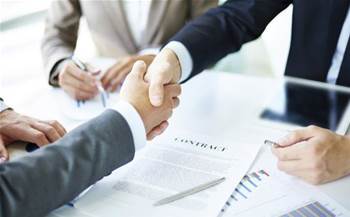 The federal Department of Health’s five-year outsourcing deal with Datacom has climbed to more than $321 million to reflect its increased consumption of services.

The IT services company was handed a $67.7 million amendment to the existing infrastructure and support contract early last month.

The amendment is the first secured by Datacom since it signed the original contract in March 2015, which ended IBM’s 15-year reign at the department.

The deal, covering the provision, maintenance and refresh of all hardware and software, was intended to reduce the department's annual IT costs by shifting from traditional IT services outsourcing models to an outcomes-based model with consumption-based pricing.

A spokesperson from the department told iTnews that “variation” in the contract’s total value is not due to a “change to existing services scope”.

“The variation relates to an increase in service consumption over the contract term,” the spokesperson said.

The five-year term of the contract also remains unchanged, though “options to extend the contract” remain.

Earlier this week, the Department of the Environment and Energy bumped Datacom as its incumbent IT services provider for Fujitsu Australia.

The new $8.3 million deal over three years will cover the ongoing support and maintenance of IT infrastructure services.

Datacom had provided IT services to the department since 2008, including device management and data and support services, under a $162 million contract.

An internal strategic review of the then $110 contract in 2014 reportedly found that Datacom’s performance was one the “most significant financial and operational risks to the department”.