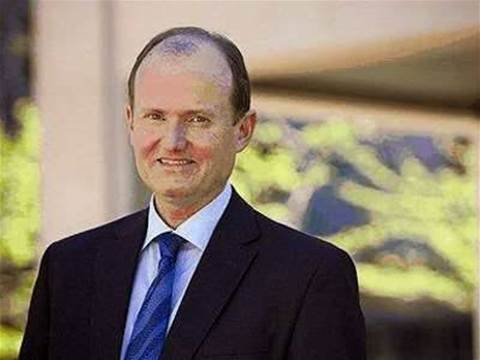 Pools application and data silos for a department-wide view.

Australia’s Department of Health and Ageing is on a mission to consolidate a range of applications and data silos that have sprouted from various business units over the past decade.

Since joining Health in December 2010, chief information and knowledge officer Paul Madden has moved to implement new whole-of-department systems and policies for the management of grants, data and users.

The department is currently scoping out a new grants management system to replace a range of applications supporting aged care, indigenous health and other services within three years.

It is also pulling together an unspecified number of web portals – each serving different units within the department – and establishing an enterprise data warehouse to track hospital performance.

According to Madden – Health’s first CIO in five years – the department’s IT had “only just reached a maturity level” that would support consolidation “in a low-risk way”.

When Madden joined the department, Health had centrally managed desktop environments but the development of applications was managed by various business units.

“When I arrived, we were right in the setting of scope and strategy for much of the National Health Reform and e-health project,” he said.

“It’s been an evolution. We’ve reached a point now to say, let’s optimise what we do have, and optimise contracts with service providers where we can.

“Where I want to get to, into the future, is instead of having a varied set of systems and capabilities to support the same outcome, having enterprise systems based on unified departmental policy.”

The enterprise data warehouse will bring together 12 significant databases used by various divisions to store and access hospital performance data from the Department and external agencies such as Medicare.

It will be established as a “single source of truth” and hosted in the Canberra Data Centre in Hume and another unnamed Canberra facility on AGIMO’s data centre panel.

The information will be used by some 150 of the department's data analysts and the Independent Hospitals Pricing Authority, National Health Performance Authority and Australian Commission on Safety and Quality in Health Care.

Madden noted that database alignment involved not only technical but also business challenges such as data governance, stewardship and change management.

“Our approach to information collection about performance for the health system in the past has been managed through the various divisions,” he said.

“The change I’m trying to bring about is improving enterprise data governance so that we have a whole-of-department view.”

The first stage of the enterprise data warehouse was expected to go live by 1 July, 2012 and support activity-based funding and reporting to the Independent Hospitals Pricing Authority and National Health Performance Authority.

While the data warehouse will store information about healthcare providers that receive Government grants, the department also plans to improve its grants management processes.

Madden likened Health’s disparate systems and processes to those of large companies that had undergone several corporate acquisitions.

He said the department used “three significant applications” for managing grants and procurements. Those applications had been built by various divisions in the past ten years, he said.

Health is in an “early proof-of-concept stage” of replacing those processes with a department-wide system also used by the Department of Families, Housing, Community Services and Indigenous Affairs (FaHCSIA).

The department is in the process of analysing its business processes, requirements, and Siebel and SAP technology with a view to adopting FaHCSIA’s system with minimal customisation.

“We will adopt the [FaHSCIA] system as is, unless prevented from doing so by regulation or policy,” Madden said.

“We’re not looking to apply a great deal of changes to it ... We can work with FaHCSIA to make changes to supplement our processes.”

The system will be integrated with Health’s SAP financial management system.

Madden expected an implementation plan to be in place by April.