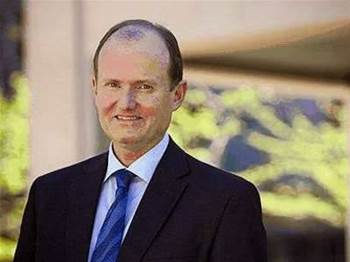 Outsourcing RFT due this month.

Federal health CIO Paul Madden expects some “strong and sharp” views from various interest groups this year, as the government consults on a proposal that would see its health records system made opt-out for users.

Earlier this week the report of an inquiry into the the Personally Controlled Electronic Health Records scheme was made public, including its recommendation that registration for the system become default.

“We worked with the privacy lobby in the lead up to passing legislation for the PCEHR, which became an opt-in system,” Madden said to the Trans-Tasman Business Circle in Canberra on Thursday.

However there were also contrary calls just before the law was passed, led by medical associations, to ensure that opt-out remain on the agenda.

Madden said building confidence in opt-out records could be tough and there are several issues to be resolved before a workable solution could be promoted with adequate safeguards and assurances.

“Once you tip everyone into an opt-out system, you have to come up with the answers to every one of those questions, so that people know what is going to happen next,” he told iTnews.

Madden responded cautiously to the review’s proposal to move responsibility for operating the new records system to the Department of Human Services, replacing Health as the overarching government department responsible for service delivery.

Madden argued that consumer and health care providers should be seen as the true owners of the system.

“It’s got to give those benefits to consumers and providers. It’s not pitched as a government system - the government is just sponsoring it at the moment.”

Outsourcing RFT by the end of the month

Madden also revealed a request for tenders to outsource Health’s IT systems from July 2015 will be issued by the end of this month.

Held by IBM for almost 15 years without a competitive tender, the prospect of the new deal offers some rare excitement for IT vendors.

The previous four year term was worth $109 million to IBM. Madden’s briefing for industry attracted about 100 people keen to learn about the forthcoming RFT.

“The RFT process is all about outcomes, service levels and performance efficiency and innovation,” he said.

He indicated that Health did not want to invest in contracts with data centres or buy infrastructure.

“We want someone to do all that to a particular service standard and continue to innovate and make our operations more efficient as time goes by.”

Madden said Health was looking for a “different style to what we’ve got”.