Has the smartphone market peaked for Apple? 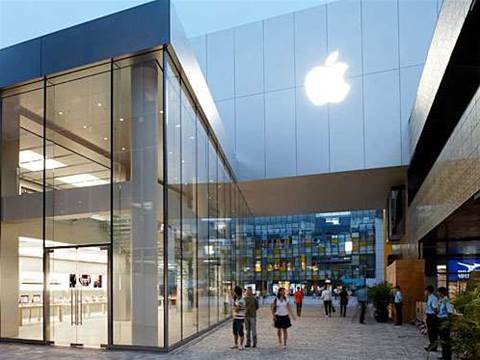 An Apple store in Beijing, China.

After five years of explosive growth sales of high-end smartphones have hit a plateau, and the US$2 trillion industry is buckling up for a bumpier ride as growth shifts to emerging markets.

While carrier subsidies have helped drive sales of high-end devices in mature markets, the next growth chapter will be in emerging markets where cost-conscious users demand cheaper gadgets and cheaper access to cheaper services.

"The centre of gravity in the mobile ecosystem is likely to shift from the United States and Western Europe toward Asia," Mary Ellen Gordon, director at mobile advertiser Flurry, said in an emailed interview.

That shift is a challenge to profit margins at the likes of Apple and Samsung Electronics, which together sell half of the world's smartphones. Both companies announce quarterly results this week.

Samsung has indicated its second-quarter operating profit will fall short of estimates as demand for high-end smartphones slows. Apple is also exploring cheaper iPhone models that come in different colours to tap the mass segment, sources have said.

Neither faces any kind of crisis. But, industry experts say, many users in mature markets who want a smartphone already have one. European smartphone shipments grew 12 percent in January-March from a year ago, the slowest growth since IT research firm IDC started tracking the mobile market in 2004.

Many of the new mobile users will be in Asia Pacific. The region will this year have more mobile Internet users than Europe and the Americas combined, the ITU predicts. And there's plenty of room to grow: fewer than 23 in 100 in Asia are mobile internet users, versus 67 in Europe and 48 in the Americas.

"Asia will be the driving force of global growth for the next two decades," says Scott Lee, head of Asia at Appsnack, a division of US based digital advertising company Exponential Interactive.

The catch: much of this growth will come from users of devices that are up to 10 times cheaper than those in the developed world.

Cheaper components, easy and fast access to latest versions of Google's Android operating system, reference designs from chipmakers and falling prices of the chipsets themselves are pushing this, says Frederick Wong, a portfolio manager at tech-focused eFusion Investment, who owns four smartphones.

China, the world's biggest mobile market - where only about a fifth of its 1 billion users are on 3G - has emerged as a fierce battleground for smartphones. Each niche has a different local challenger: Xiaomi, for example, offers phones which could be mistaken for iPhones at first glance, but which sell at less than half the price of an iPhone 5.

This presents problems for the bigger players.

"Our objective is to achieve a leadership position in the market," Lenovo CFO Wong Wai Ming said recently, "and therefore only being involved in a certain price range will not enable us to achieve that."

Even more cut-throat is India, the world's second largest mobile market, where the price of a low-end Android phone has halved in the past year to about US$50, says Sameer Singh, Hyderabad-based analyst at BitChemy Ventures. By next year, he reckons prices will drop another US$20, undercutting feature phones from Nokia and Samsung.

Moving away from high-brow

This is already challenging existing players. Samsung, for one, is being squeezed at both ends of the market. While rivals at the lower end say it has cut prices on some models on a quarterly basis, others are challenging it at the high end with cheaper handsets with more or less the same specifications.

Indian handset maker Micromax, for example, this month released its Canvas 4 phone with features comparable to Samsung's Galaxy S3 and Note 2, but at up to half the price. "It's very hard for a company like Samsung to compete with these guys," noted Singh.

It's not just the prices of phones that are dropping. Tablet prices are actually falling at a faster rate creating across the region what Singh calls "a whole new category of Internet user."

Demand for tablets in the Philippines, for example, grew fourfold in the past year, according to consultancy GfK; prices across Southeast Asia during that period fell by a quarter.

Talmon Marco, CEO of internet phone and messaging service Viber, says the shift from a standard phone to even the most basic device running operating systems like Android is like "moving from a great bicycle to an old leaking 1970s car. That car can still take you from New York to Chicago in a couple of days. The bicycle never will."

Whatever the quality of hardware or connection, a smartphone or tablet shares the same DNA - user interface, apps and access to an online store - which stimulates higher usage, Marco says.

"The spike in usage seems to happen when the user moves to a smartphone - any smartphone," he said. "These users are by far more active than users on a feature phone." Viber is seeing its fastest growth and highest usage in Vietnam, Pakistan, Myanmar and many African countries.

What's surprising those behind the services that ride on top of these networks is the speed of take-up - even if the networks aren't that good. In India, for example, 3G coverage is spotty and largely confined to bigger cities, said BitChemy's Singh.

When serial entrepreneur S. Mohan co-founded Bollywood streaming site Spuul in Singapore, for example, he expected India to be about five years behind the diaspora in more developed countries in using the service.

"I was surprised by the timing in India," Mohan said. "I was told it would take longer to become aware about streaming, that there wouldn't be enough WiFi or 3G. But I found that if you have a smart device you were hungry for content."

In China, it's services like Tencent Holdings' chat platform WeChat, which has more than 300 million users, American Idol-like shows such as The Voice of China and games like online mahjong which are spurring demand.

Poor network coverage or the high cost of 3G access relative to phone and SMS services still hold many users back. Last year, according to market research firm Euromonitor, 62 percent of all mobile phones sold in China were smartphones, but only 16 percent of subscribers had access to a mobile Internet connection.

The three carriers - China Mobile, China Unicom and China Telecom - typically dole out billions of dollars of handset subsidies to entice users to subscribe to their networks, dragging down profit margins.

Elsewhere, operators in the Philippines are experimenting with subsidies at the lower end, while in India the handset makers are trying to stimulate smartphone adoption. Apple offers installment plans for its iPhone, while Micromax bundles several free months of data together with a handset.

As the industry matures, phone and tablet makers will have to settle for smaller margins and lower prices, says Joe Nguyen, Singapore-based analyst at Internet metrics company comScore.

"At the end of the day these are utility devices much like the PC was."