Half of all businesses still have no website: ABS 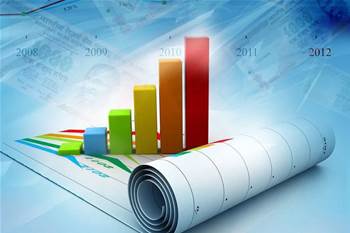 But investment in IT is growing.

The ABS released its IT Use and Innovation in Australian Business survey - a result of a partnership with the Department of Communications to improve its figures covering the Australian economy - today. It surveyed a sample of 6640 businesses.

A key finding of the report was that a surprising number of Australian businesses still lack an active web presence.

Just 47.1 percent of Australian businesses have an online presence; a figure that has remained stable since the previous year.

The survey results show a large percentage of microbusinesses with four staff or less (63 percent) and small businesses with between five and 19 staff (41.9 percent) don’t have a web presence.

However, even among medium-sized enterprises - those with between 20 and 199 employees - around 19 are not present online.

There is a significant variation between sectors when it comes to the percentage with a website.

However, even in the information, media and telecommunications industry, the sector with the highest penetration rate, more than a quarter (25.6 percent) of businesses surveyed do not have a web presence.

Despite a large number of web holdouts, there is a large year-on-year upswing in the number of companies investing in IT.

The figures show 42.5 percent of Australian businesses had introduced some form of business innovation during 2013-14, up from 36.6 percent during 2012-13.