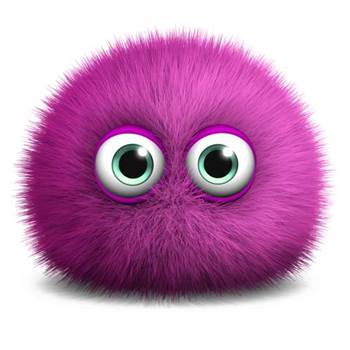 Hackers targeted dozens of computer systems at government agencies across Europe in a series of attacks that exploited a recently discovered security flaw in Adobe Systems software, security researchers reported.

Russia's Kaspersky Lab and Hungary's Laboratory of Cryptography and System Security, or CrySyS, said the targets of the campaign included government computers in the Czech Republic, Ireland, Portugal and Romania.

They also said a think tank, a research institute and a healthcare provider in the United States, a prominent research institute in Hungary and other entities in Belgium and Ukraine were among those targeted by the malicious software, which they have dubbed "MiniDuke".

Boldizsár Bencsáth, a cyber security expert who runs the malware research team at CrySyS, said that he had reported the incident to NATO's Computer Incident Response Capability, a group that analyses and responds to cyber threats.

The researchers suspect MiniDuke was designed for espionage, but were still trying to figure out the attack's ultimate goal.

"This is a unique, fresh and very different type of attack," said Kurt Baumgartner, a senior security researcher with Kaspersky Lab. "The technical indicators show this is a new type of threat actor that hasn't been reported on before."

He said he would not speculate on who the hackers might be.

Bencsáth said he believed a nation-state was behind the attack because of the level of sophistication and the identity of the targets, adding that it was difficult to identify which country was involved.

Exactly how serious the attacks were was not immediately clear, nor who exactly the targets were or at what level European governments were alerted.

The Czech counterintelligence agency BIS said they were not aware of any massive hacking attacks on Czech institutions from abroad recently.

The Czech National Security Bureau, responsible for government data, was not immediately available for comment. Neither were officials from other states said to be affected.

A NATO official said the alliance was aware of the reports and was assessing the details, but that the reported incidents had no impact on the alliance's own computer networks.

The researchers, who declined to further elaborate on the targets' identities, released their findings as more than 20,000 security professionals gathered in San Francisco for the annual RSA conference.

MiniDuke attacked by exploiting recently discovered security bugs in Adobe's Reader and Acrobat software, according to the researchers.

The attackers sent their targets PDF documents tainted with malware, an approach that hackers have long used to infect personal computers.

The firm reported that hackers were infecting machines by circulating PDFs tainted with malicious software.

Adobe spokeswoman Heather Edell said that her firm issued a software update to Acrobat and Reader last week that should protect customers from getting infected by MiniDuke once they installed that update.

The MiniDuke operators used an unusual approach to communicate with infected machines, according to the researchers.

The virus was programmed to search for Tweets from specific Twitter accounts that contained instructions for controlling those PCs.

In cases where they could not access those Tweets, the virus ran Google searches to receive its marching orders.

Officials with Twitter and Google could not immediately be reached.

Bencsáth said he believed the attackers installed "back doors" at dozens of organisations that would enable them to view information on those systems, then siphon off data they found interesting.

He said researchers had yet to uncover evidence that the operation had moved to the stage where operators had begun to exfiltrate data from their victims.

Privately, many Western government and private sector computer experts say China is the clear leader when it comes to state-sponsored cyber attacks to steal information — although they rarely say so publicly and Beijing angrily denies it.

According to cybersecurity expert Alexander Kliment at the Austrian Institute for International Affairs, however, the closest attack to this in style was a Trojan dubbed "TinBa" identified two months ago and used for banking fraud attacks.

That was suspected to have been built by Russian hackers, he said, talking down the prospect of state involvement.

"There are some interesting aspects to the attacks," said Klimburg, pointing to the use of Twitter. "(But) most of the attack does not seem that new at all. Some of the... 'tricks', such as using pictures to hide data, are more reminiscent of proficient students rather than government agencies."