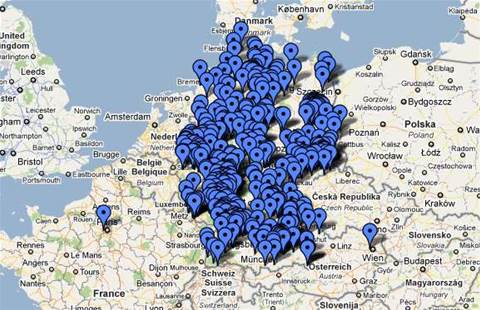 A left-wing hacker group has stolen up to 400 names and home addresses of supporters of Germany’s neo-Nazi National Democratic Party (NDP) and published them on Google Maps.

The German hacking crew ‘n0-N4m3 Cr3w’ stole the details of financial backers after hacking 25 NDP websites last month, before publishing them on Google maps and its homepage.

The NPD was founded in 1964 as a successor to the Third Reich.

Leader of the hacking group, Dark Hammer, said the hack was a politically-motivated attempt to prevent the NDP from gaining influence in Germany.

“I love Germany above everything, and I do everything in my power to improve the image of Germany,” the hacker said in a translation.

“We will not allow that which brings the NPD or the right wing to bring our children on the wrong track.

“I know my action will have broad public interest. That is exactly my goal.”

The NDP was left red-faced in April after some 60,000 internal emails were sent to journalists that exposed the party’s 2011 election strategy.

The exposure of German NDP member details follows a declaration yesterday by right-wing New Zealand blogger Cameron Slater that he had obtained 450 names of the country's Labour Party sponsors, which he threatened to publish.