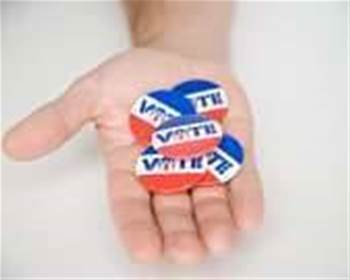 Foreign hackers infiltrated the networks of John McCain and Barack Obama during the US presidential campaign, according to reports.

Foreign hackers infiltrated the networks of John McCain and Barack Obama during the US presidential campaign, according to reports.

CNN and Newsweek cited sources within both camps as reporting that hackers from an undisclosed foreign location targeted each network over the summer in an attempt to acquire information.

The report did not specify which group or nation was responsible for the attacks, but the target appears to be documents outlining the candidates' policy proposals.

The information would reportedly have been used in future policy negotiations with the winning candidate.

Following the attacks both camps reportedly hired outside consultants to seal up any security flaws, and the FBI and Secret Service are both said to be investigating the incidents.

Hacking for political reasons has emerged in recent years as a companion to traditional espionage. In 2007, Chinese government officials were accused of hacking government sites in the US, France, Germany and the UK.

Russian nationalists have also been thought to use cyber-attacks to supplement their political efforts. In the midst of conflicts with Estonia and Georgia, Russian hackers were said to be masterminding attacks on government and social infrastructure sites.

Got a news tip for our journalists? Share it with us anonymously here.
Copyright ©v3.co.uk
Tags:
campaignelectionhackersmccainnetworksobamapresidentialsecurity