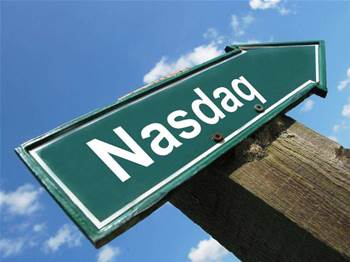 FBI, SEC called in to investigate.

The operator of the Nasdaq Stock Market has found "suspicious files" on its U.S. computer servers and determined that hackers could have affected one of its Internet-based client applications.

There was no evidence the hackers accessed or acquired customer information or that any of parent company Nasdaq OMX Group's trading platforms were compromised, the trans-Atlantic exchange operator said on Saturday.

The FBI and outside forensic firms helped conduct an investigation, though Nasdaq OMX did not say when the investigation was launched or when the suspicious files were found.

The files, found in a Web application called Directors Desk, have been removed, the company said.

The probe, which is continuing with the help of securities regulators, comes as investors are growing increasingly anxious over the stability and security of the high-speed capital markets, which in North America and Europe are now mostly electronic.

"We continue to evaluate and enhance our advanced security controls to respond to the ever increasing global cyber threat and continue to devote extensive resources to further secure our systems," Nasdaq OMX Chief Financial Officer Adena Friedman and Vince Palmiere, the VP of investor relations, said in a statement.

"Cyber attacks against corporations and government occur constantly," they added.

Nasdaq OMX, which runs equity and derivatives exchanges in the United States and Nordic European countries and maintains software systems used by the Australian Stock Exchange, did not provide any further details about the incident.

"It's nearly impossible to determine where it comes from, but the authorities are tracking it," a spokesman said by email.

FBI officials in Washington declined to comment. The U.S. Department of Justice, which is also involved, was not immediately available.

Instances of exchange computers being hacked are relatively rare, though the prospect raises questions about the exposure of trading data and the security of the national marketplace.

'WATCHDOG IS A PAPER TIGER'

"It's scary to think that a major electronic exchange could be hacked," said Jack Ablin, chief investment officer at Harris Private Bank in Chicago.

"The flash crash undermined investor confidence last year. It appears that the SEC is powerless to act," he said. "The watchdog is a paper tiger."

The revelation comes a week after an hour-long computer glitch locked the prices of two key Nasdaq indexes, though exchange spokesman Frank DeMaria said hackers played no role in that incident.

The computer hacking was first reported late Friday by the Wall Street Journal.

On Saturday, Nasdaq OMX said it had been waiting until at the earliest February 14 before telling its customers, based on a U.S. Justice Department request, to facilitate the investigation.

Big Board parent NYSE Euronext is the other main U.S. stock exchange operator.

"We take any potential threat seriously and we are continually working to ensure that our systems operate at the highest levels of security and integrity," NYSE spokesman Ray Pellecchia said.