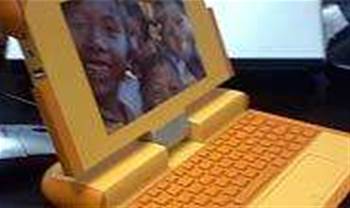 The UK's Green Party has accused Microsoft of "unacceptable bribery" in trying to run Windows on the One Laptop Per Child (OLPC) project.

"Open source tools are a way to let the global south develop their own knowledge economies," Siân Berry, principal speaker for the Green Party, told vnunet.com in an email.

"Microsoft wants to restrict the greatest profits in the knowledge economy to already established software corporations like itself.

"By installing its programs on these laptops Microsoft hopes to create market domination and vendor lock in. That is unacceptable bribery.

"It would be a massive missed opportunity not to extend software freedom to students in the global south."

The comment comes on the back of revelations that Microsoft is keen to see Windows running on the OLPC machines.

Nicholas Negroponte, OLPC chairman, told vnunet.com at the NetEvents conference in Hong Kong on Saturday: "I have known [Microsoft chairman] Bill Gates his entire adult life. We talk, we meet one-on-one, we discuss this project.

"We put in an SD slot in the machine just for Bill. We didn't need it but the OLPC machines are at Microsoft right now, getting Windows put on them."

The inclusion of an SD slot will allow the internal storage capacity of the machines to be increased from 512MB to 1.5GB, the minimum necessary to run either the Home or Starter editions of Windows XP.

Got a news tip for our journalists? Share it with us anonymously here.
Copyright ©v3.co.uk
Tags:
greenhardwareinvolvementmicrosoftolpcpartyslams