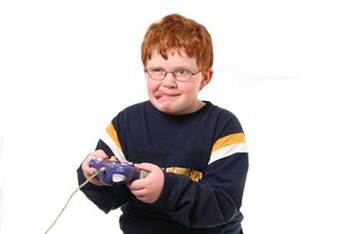 NBN Co said Australians had shown a "need for speed" and expected applications such as social media, multimedia, basic entertainment and news and "cutting-edge voice, video, data and graphics" to spur greater use of the network.

"Based on recent historic trends, as well as short-term predictions from external parties, future increases in speed and usage will justify the costs invested in the NBN," the architect wrote in its business plan. "These levels of End-Users' demand are projected to drive NBN Co's revenues over time."

To inform its assumptions, NBN Co spoke to vendors such as Cisco and Alcatel and looked at the history of similar deployments in Asia.

Based on work done by the US Fibre to the Home Council, it singled out services such as Facebook, iiNet's Fetch TV, ABC iView and console gaming as drivers to lift average data consumption from about 6 GB a month at June this year to 12-50 GB a month.

Advanced services such as cloud storage, health, UltraHD television and "advanced internet" would lift those projections to about 200 GB a month, NBN Co said.

But should those "conservative" assumptions not pan out, NBN Co left open the possibility that it would alter prices to arrive at its revenue projections.

"The level of demand projected in the revenue forecast may prove to be overstated and therefore be a substantial risk," the business plan said.

"There is no guarantee that these historic trends will continue in the future.

"There are only a few countries, regulators, institutes and companies that give substantiated predictions of speed and usage and typically, these data sets are based on very short timeframes and limited information."

It said that if end users found themselves sated before the project reached its goal, "there is a risk that the growth in speed and usage will plateau after a number of years".

"This would limit opportunities to grow [average revenue a user] in real terms other than by price increases at that time."

If that happened, then adoption of higher-value services would be insufficient to grow revenues, NBN Co warned.

"As mitigation, NBN Co has the flexibility to regularly monitor, and adjust accordingly, the rate at which nominal prices are reduced in order to maintain the revenues in case of lower volumes of demand."

NBN Co chief Mike Quigley and Communications Minister Stephen Conroy said they expected wholesale prices, especially those above the entry level, to drop in real terms over the period involved. And they played down the prospect of plateauing demand, saying it was included because it was required to form part of the risk-management planning.

Quigley told media that user demand was exponentially increasing and there was little evidence to suggest it would flatten during the construction period. He said this was broadly in line with telco estimates such as those from Alcatel.

Until 2028, NBN Co expected most Australian homes to select the basic 12/1Mbps plan, which would subsequently fall in popularity by about a quarter to 40 percent of connections.

The 100/40 Mbps service was expected to swell in popularity to be the second-most connected service from about 2016-2022, after which the 250/100 Mbps service would take over second place for the rest of the projected period.

The gold-plated 1000/400Mbps plan was not expected to appear on the consumer radar until about 2026.

Half of business users were expected to stick to the basic service, while a further quarter of the business market flocked to the two top-tier asymmetric services by 2028.