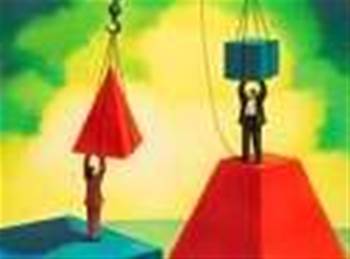 Firms shouldn't fall for the temptations of purchasing a license for Microsoft's intellectual property with their open source applications because it allows the software vendor to "divide and conquer" the software market, cautioned Eben Moglen, co-author of the forthcoming third version of the general public licence (GPL) and founder of the Software Freedom Law Center.

Typifying open source applications as community software, Moglen argued that it requires a communal defence against patents from companies like Microsoft. But some in the community will be tempted to make a "private peace with the invader," Moglen told www.vnunet.com in an www.vnunet.com.

"Divide and conquer strategies are built around that weakness. That it's in the interest of some people to make a private deal for safety and abandon communal defence," Moglen said.

"We have a situation in which we are trying to prevent a divide and conquer strategy from working. So it's important for us to say to people: 'You have to stick to the common defence. You can't make private deals with the invader or the adversaries of the freedom of the software. We all have to stick together.' "

Microsoft and Novell last October unveiled a www.vnunet.comthat provides buyers of Novell's Suse Linux operating system a licence for Microsoft's patent portfolio, safeguarding them from intellectual property infringement claims. Contrary to common patent licensing agreements, the licence is granted to the individual user rather than to Novell.

The deal was met with www.vnunet.com from open source advocates including Moglen.

Enterprises however have been less critical about the partnership. Microsoft and Novell have signed up several customers for their combined offering. They have also published a survey that claimed strong approval of the partnership.

Moglen recommended that instead of providing patent licenses to individual Novell customers, the company should engage in cross licensing deals.

Microsoft however doesn’t want to engage in a cross licence deal on Linux. The terms of the general public licence require that a patent pledge to Novell is extended to all Linux distributions.
Got a news tip for our journalists? Share it with us anonymously here.
Copyright ©v3.co.uk
Tags:
authorcallsforgpl3opensoftwaresolidaritysource