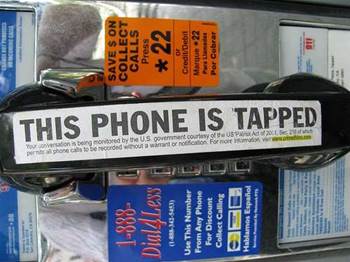 ASIO to get 'super warrants' under reforms.

The Federal Government will establish public hearings on its proposal to implement a data retention scheme and drastically bolster ASIO's power to intercept telecommunications.

The reforms would force telcos to keep subscriber data for up to two years and make it an offense for companies to not decrypt the information, according to reports in The Sydney Morning Herald.

The Government would also seek feedback on whether the government should mandate security arrangements to ensure telcos are hardened against potential data breaches.

The additional obligations on ISPs would be balanced by a clarification of the roles played by the Commonwealth and state ombudsmen in overseeing telecommunications interception.

A spokesman for federal Attorney-General Nicola Roxon confirmed the Government would ask a parliamentary joint committee on intelligence and security to consider the reforms after public consultation.

“Unlike the Howard Government which introduced reforms without consultation, we are going to public consultation first,” the spokesman Chris Owens told SC Magazine.

“We haven't drafted legislation yet and we are seeking a wide view of opinion before we consider the reforms in detail.”

The move toward public consultation comes nearly two years after the Attorney-General's Department, under Robert McClelland, began confidential discussions with ISPs and other stakeholders on the data retention proposal.

Attempts to determine the content of those discussions under Freedom of Information legislation have been met with resistance and highly-redacted documents.

However, ISPs have warned that attempts to establish a service provider that encrypted all user and resisted authority requests for interception - as proposed by some in the US - are difficult under existing intercept laws.

Other reforms proposed by Roxon, and subject to public consultation, include streamlining the approval and renewal of search warrants available to ASIO, and extending their validity from two to six months. This would bring the warrants in line with standards of other warrants.

Warrants would also become more flexible, allowing ASIO to tap multiple devices including phones and computers. Similar reforms have been pushed for warrants available to law enforcement to help them keep up with suspects under surveillance who rapidly swap communications devices.

The number of agencies able to intercept would be reduced, replaced with greater information-sharing between those who could.

Greens senator Scott Ludlam blasted the proposal as a "misguided" attempt to push forward with a policy deemed overly onerous on ISPs and a threat to personal privacy.

He pointed to previous attempts to change the ASIO and telecommunications interception acts as an example of ongoing scope creep by the Attorney-General's Department in providing more power to intercept communication.

"What this looks like, I guess, is an ambit claim for surveillance overkill so when we beat them back a bit they'll end up looking more moderate," Senator Ludlam told iTnews.

"The problem is that we were dealing mostly with guesswork before because they wouldn't tell us what it was initiated for, what data they wanted or who wanted access to it so we didn't really have much. Now we're really going to get the opportunity to dig into what they want," he said.

The joint committee would report back by the end of July if it agreed to consider the reforms.