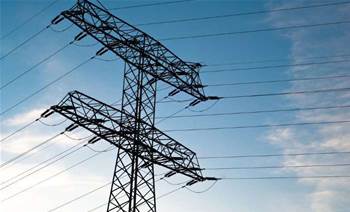 But some technical issues will need to be addressed.

A four-year $490 million Government trial of the use of smart technologies in the energy sector has found the country could reap $28 billion in net economic benefits over the next 20 years if the infrastructure was rolled out nationally.

A report released yesterday by Industry Minister Ian Macfarlane - written by four local consultancy firms - analysed the results of the Smart Grid, Smart City project and found the use of such technologies could result in consumers paying hundreds of dollars less a year through reduced energy usage.

The project - which ran from 2010 to 2013 and in Newcastle and Sydney CBD areas - was funded by a $100 million injection from the Federal Government and around $390 million by the project’s other contributors, which included the likes of Ausgrid, Energy Australia, IBM Australia, the CSIRO and several local councils.

It trialled a range of in-grid and consumer-based smart technologies with electricity suppliers for 17,000 households in order to determine whether there was an economic benefit to deploying the technologies across Australia.

The trial specifically included applications for grid-side monitoring and control technologies to reduce network operating costs, customer applications for residential electricity consumption, distributed generation and distributed storage within electricity grids, and supporting IT platforms including a secure data communications network and interoperability with the NBN.

Customers used smart meters linked to Ausgrid and Energy Australia back office systems, which offered a customer acquisition interface and which interacted with the meter management system.

The report detailed the economic benefits arising from the use of such technologies, and found up to $28 billion could be saved over the next 20 years through the development and deployment of smart grid technologies, changing consumer behaviour, energy market reform and “cost reflective” electricity pricing such as dynamic tariffs.

Similarly, households were able to save more on electricity costs by combining smart meters with near real-time electronic tools for monitoring electricity usage.

“The report shows that these technologies could be used in a way that gives consumers the ability to monitor their energy use and to have greater control over the way they use electricity, including when they access power and at what cost ,” Minister Macfarlane said in a statement.

“If people can use extra information to opt out of peak time supply, it would ease the strain on the system and keep prices lower.”

Should a smart grid system be rolled out nationally, however, the Government would first have to address a number of lessons learnt from the trial.

Despite initially hoping the national broadband network could be used to provide communication services to field-based smart grid infrastructure, the trial found the NBN was not currently a cost-effective solution for the proposed model.

A national smart grid network would need to keep security at the forefront of its priorities due to the increased possibility of cyber attack, the report added, due to the extensive use and scale of the IT infrastructure.

Data protection requirements would need to be clearly defined for the necessary security controls to be implemented, including technologies like data flow encryption, digital certificates, patch management, authentication and non-repudiation, among others.

The trial struggled to overcome challenges related to data being stored in a range of different energy supplier systems, meaning there was no single source of truth for the communications between the smart grid devices and systems.

“Any widespread smart grid deployment will therefore require careful consideration of the data model as one of the first priorities. Where multiple identifiers are necessary, a single source of truth for their correspondence should be identified. It is also likely that a degree of data cleansing and rationalisation will be necessary.”