An Ethiopian political refugee has filed a criminal complaint against clandestine surveillance by means of government spyware planted on his computer, a case that is thought to be the first of its kind.

Tadesse Kersmo and lobby group Privacy International filed the complaint with the cyber crime unit of the UK National Crime Agency, asking it to investigate the allegedly illegal interception of communications through the use of a little-known malware used by governments around the world.

Kersmo said he became aware of a report last year in which comms technologies and human rights organsation Citizenlab said it had received a sample of the FinFisher law enforcement malware.

That sample included pictures of the members of an Ethiopian opposition group called Ginbot 7 which were used as bait in an email to make users infect their computers.

Kersmo's image was among the pictures used, and further analysis by Citizenlab and Privacy International found his computer had been infected with the government spyware in June 2012, three years after he left Ethiopia and was granted asylum in Britain.

According to Privacy International, the spying breaks three laws, one of which outlaws surveillance without lawful authority. 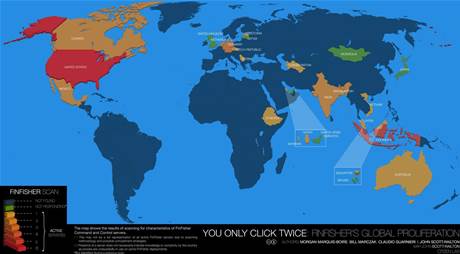 FinSpy is a commercial product marketed at law enforcement agencies. It is made by UK and Germany based Gamma International and is offered as part of a malware and intrusion kit called FinFisher.

It can control infected devices and provides full access to files, as well as turn on microphones and cameras.

FinFisher control nodes have been found in 35 countries including Australia, but the federal police has so far refused to acknowledge whether or not it uses the spyware.