Govt reveals how it will divvy up data retention implementation grants 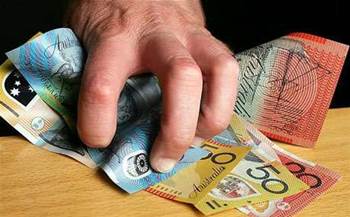 Smaller providers given a leg up in competitive applications round.

Communications Minister Mitch Fifield and Infrastructure Minister Warren Truss have formally opened applications for a slice of $128.4 million the government has set aside to help telco providers comply with new data retention laws.

The funding was first announced as part of the May budget, and the pool up for grabs today represents the promised $131.3 million minus some $3 million that iTnews understands has been scraped off the top to pay for the administration of the grants program.

A statement from Fifield and Truss insisted “the design of the program has benefited from consultation with the telecommunications industry, particularly through the Implementation Working Group”.

However many members of the industry have already described the allocation as grossly inadequate, with ISP iiNet alone estimating that the job will likely cost it upwards of $100 million.

In fact the government’s own advisers have estimated that building the storage and systems necessary to meet the government’s demands will cost the industry as much as $319.1 million, or more than twice what the Attorney General’s Department is putting on the table as part of its scheme.

With applications open from today until 23 February, telco providers will be given one shot to make their case for funding and will have no opportunity to appeal the government’s decision on allocations.

Applicants will be given a score out of 100 for their relative eligibility for grants, with the $128 million to be divided between them accordingly.

Smaller providers, with an annual turnover of less than $3 million, have been given a big head start. The first 25 points will be set aside for this group, handed out on a sliding scale according to their relative size. Companies turning over more than $3 million won’t be eligible for any of these points.

The remaining 75 points will be calculated according to the number of services offered by each provider, the number of subscribers on their books, their gross annual revenue in the most recent financial year, and the anticipated extra data storage that will be needed to meet data retention obligations.

A high level analysis of the weightings will be shown to the implementation working group, which is comprised of senior government stakeholders plus senior executives of Telstra and Optus and the CEO of the Communications Alliance, but the government has made it clear that its decision will be final and makes no apologies if grants fall short of expectations.

“Note that funding allocations will not be linked to actual cost but to typical implementation cost, and do not reimburse full costs but are a financial contribution to the typical up-front costs of compliance.

“Funding decisions are final and there is no opportunity for review of decision,” state the program guidelines (pdf).

The full process is expected to take three years, and successful applicants will receive half of the value of their grants up front and the other half when their reporting obligations are met.

The AGD has reserved the right to inspect the work that grants have paid for, and to recoup any money that remains unspent.

Data retention laws, requiring telcos to store the metadata of all their Australian customers for a period of two years, came into effect in October last year.

"Metadata is used in nearly every counter-terrorism, counter-espionage and organised and major crime investigation. It is also essential for the investigation of child abuse and child pornography offences, which are frequently carried out online,” said the Fifield/Truss release today.

However none of Australia’s biggest telcos were ready by the deadline, and are still working to get the infrastructure changes in place to meet their new obligations as of late last year.