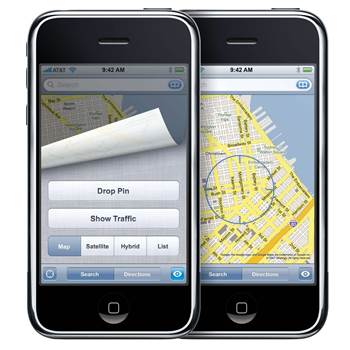 Too long to load on mobile devices.

Less than a quarter of the Australian Government's regular websites can be considered smartphone or mobile-friendly, according to a survey conducted by iTnews.

Of the 22 websites checked using W3C mobileOK and MobilReady test tools, less than five passed basic tests for the way they rendered on mobile devices.

The tougher of the two tools, MobilReady, rated only one site - Finance & Deregulation - as providing “fair” accessibility, scoring 2.01 out of a maximum of five. All other sites were rated “bad” scoring between 0.89 and 1.65.

The most common errors were caused by page and image sizes that took too long to load on mobile devices.

“The biggest thing to remember when it comes to mobile accessibility is that it is still in its infant stage," Yoganathan said.

"Smartphone and mobile browsing is still in it's 'boom' phase so things will improve ... quickly once the [web development] market finally matures. I guess with all things good, it takes time.”

A spokeswoman for the Department of Finance and Deregulation and the Australian Government Information Office (AGIMO) said it had no specific policies on making normal websites accessible to mobile devices.

“We encourage agencies to monitor the use of their websites generally and respond to that information appropriately,” the spokeswoman said.

She said that an agency should pursue reasonable optimisation if they detected a lot of site vists  from mobile browsers.

“AGIMO follows technology trends closely and addresses new matters when it is considered appropriate for government to do so," she said.

According to dotmobi - a company pushing a domain name convention that denotes site accessibility by mobile devices - over 85 percent of new handsets were internet-connected by the end of last year.

No Australian agencies offered a mobile version of their website - such as the single column version of the US government directory usa.gov, found at m.usa.gov.

However the issue of mobile-specific displays are not clear-cut.

“Mobile sites aren't always the best mobile Web browsing experience, and not all of use prefer visiting a dumbed-down version of a website. If my phone is capable of handling the entire site, it's the full site I want,” blogger Taylor Martin argued in a post late last year.

Designing a mobile version of a site could promote drastic website redesigns by allowing agencies to see what desktop content is important or unnecessary.

iTnews offers a mobile specific version at mobile.itnews.com.au. It was also marked down in the tests. We are exploring ways to improve our scores.

Yoganathan said the issue of accessible mobile phone displays was overshadowed by a more pressing issue - making all Government sites comply with WCAG 2.0 in some form by at least the end of the year.

WCAG 2.0 compliance is driven by the Disability Discrimination Act 1992 to ensure that visible impairment is no barrier to access Government website information.

* Could not complete test.