Got empathy? ANZ's cloud lead draws on early frontline days as a teller 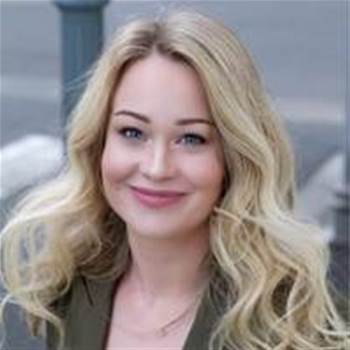 When Michelle Dobson worked as a bank teller, she found herself serving the victim of a break-in whose bank cards and ID documents had been stolen from her home in a brazen overnight heist.

Now head of technology at ANZ Banking Group's cloud business office, Dobson still recalls that experience of helping a customer at a moment of crisis and being able to offer comfort and make a difference.

Dobson became a teller after initially studying nursing, deciding it was not for her, before finding herself as a manager of a Strathfield Car Radios store. Still in her early twenties, progression deeper into management was blocked by her youth and lack of qualifications.

So Dobson returned to University to study business and information systems, and applied for part-time work as a bank teller.

She’s been with ANZ ever since, exploring small business banking on an internship but eventually deciding that she wanted to put her information systems studies to work. To make that happen, she sought entry to ANZ’s graduate program. Dobson’s frontline experience offered no shortcuts: she had to go through the same assessments as all other applicants.

Her last rotation in that program involved infrastructure project management and a major Windows migration. She liked it, stayed in tech, and quickly found herself working on major projects.

“I got to travel and I was on the ground in Vietnam, China and Cambodia on go-live weekends,” Dobson told iTnews. And she found that in those situations her experience as a teller meant a lot.

“To be able to understand what the teller is doing with a customer made a difference.” It also surprised tellers, who were pleased to work alongside a colleague who could both empathise with their lot and explain how changes would improve it.

“If you come from a straight IT background and had a tech degree, sometimes it is hard to connect to the customer and what they want,” she told iTnews. “I personally know what the impact is like when the system doesn’t work in the branch.”

Those experiences have taught Dobson to see technology as a business inside ANZ’s wider business.

“It is about how we make sure that what we are delivering is what our internal customers need,” she said. “Are we making the right investments? Is our risk profile right?”

Her answers to such questions are clearly correct prescient: in late 2019 she was appointed head of technology at ANZ’s new cloud business office, an effort to enable the bank’s use of cloud and empower teams to put it to work.

“I say to my team that half my role is succeeding in serving internal customers – making sure it is easy for them to use cloud at ANZ,” she explains. “The other half is about the people. I think more than half of being successful is knowing how what they are working on links to the business’ strategy.”

She’s also taken on a leadership role developing talent for ANZ, and that includes leading a women in cloud group that aims to encourage cloudy careers.

“We have noticed it is hard to find cloud skills in the industry – for us and others. If we can drive more talent it helps everyone.”