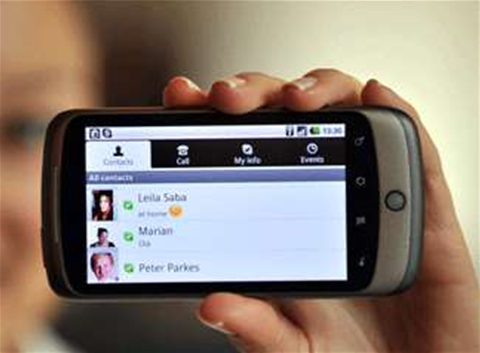 Google has invited Android developers to its Sydney Googleplex on November 5 in a bid to promote its mobile operating system.

Attendees would hear from Google advocates and engineers about monetisation, best practices and the Android Marketplace.

It followed Google's international launch of e-commerce facilities that finally allowed developers in 18 nations - including Australia - to sell apps on the Android Marketplace from 1 October.

On a conference call with analysts this week, Apple CEO Steve Jobs boasted of activating 275,000 iOS devices daily, in comparison to the 200,000 daily activations claimed by Google CEO Eric Schmidt in August.

"Unfortunately, there is no solid data on how many Android phones are shipped each quarter," Jobs said, arguing that the characterisation of Android as an 'open' platform, and iOS as 'closed', was misconceived.

Jobs criticised Google's platform for being fragmented, noting that users and developers stood to lose from disparate Android app stores by Amazon, Verizon, Vodafone and Google.

A Google spokesman declined to compare its approach to that of other platform vendors.

"Developers are integral to the success of the Android platform and we're working hard to build an ecosystem where they can prosper," the spokesman told iTnews.

"We want to reduce friction and remove the barriers that make it difficult for developers to make great apps available to users-across as many devices, geographies and carriers as possible."