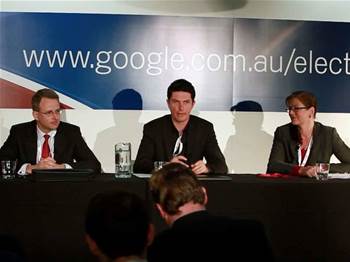 Google will face trial over its 'AdWords program, following allegations that the system represents an abuse of US trademark law.

A Federal judge has set 9 November as the date for jury selection in an historic trademark infringement lawsuit brought on behalf of American Blind & Wallpaper Factory (ABWF).

In an April decision denying Google's motion to dismiss the case, the court ruled that the "evidence suggests that Google used [ABWF's] mark with the intent to maximise its own profit [and] ABWF has produced sufficient evidence of likelihood of [consumer] confusion [to allow the case to be decided by a jury]" .

Under the pay-per-click AdWords system, related adverts appear on a page of search results. This means that if a user searches for McDonald's, for example, an advert for Burger King or another rival may appear next to the results.

The case could have a significant impact on Google. According to the search giant's filing with the US Securities and Exchange Commission, AdWords accounts for more than 98 per cent of Google's $11bn annual revenue.

Kelley Drye & Warren, the law firm representing ABWF, and its lead attorney David Rammelt, said: "The downside of search optimisation based on use of trademarks is rarely discussed.

"The reality is that companies large and small are hurt when Google uses a company's trademark, without permission, for the benefit of the company's competitors and Google.

"This is the first time that a jury will have the chance to hear how Google's business model takes advantage of companies that have built the value of their trademarks through hard work and investment."
Got a news tip for our journalists? Share it with us anonymously here.
Copyright ©v3.co.uk
Tags:
adwordsfacegooglejurysoftwaretotrial